Anyone else feel like the blogosphere becomes a total ghost town on the weekends? Am I the only one having a lazy Saturday morning with copious amounts of time to blog?

I’m pretty sure I’ve expressed my love of anesthesia before. I was driving home from work yesterday and a super popular song came on the radio. The more I listened to the lyrics, the more I started to realize why I’m so obsessed with anesthesia.

The song was “Wake Me Up” by Avicii, and it said:

With anesthesia, you know something awful is right around the corner. The first time I had it, they said, “OK, now we’re going to rip four teeth out of your head.” The second, it was, “OK, now we’re going to enter your vagina and pluck out all your eggs.” Third and final time – “OK, we’re going to remove your dead babies from you.” None of these things are pleasant, right? So I was nervous. But then that magical fluid dripped into my veins and the next thing I remember, someone was telling me, “It’s over. You’re done now. You did great.”

There’s such relief in that! It feels so good to sleep right through the bad stuff. That’s why I’ve decided I need “life anesthesia” for the next couple of months. I don’t want to miss out on pregnancy completely, so I’d be OK with being woken up at the start of the second trimester. That would be acceptable (plus, that’s right around the holidays. I wouldn’t want to miss out on a visit from Santa).

I’m so tired. I’m a huge napper/sleeper to begin with, but the drama of all this has pushed it over the edge. Now I’m fairly certain that I’ve been using sleep as a coping mechanism. Now I really don’t want to wake up…like, ever. But I do want the end result. So if someone could come over and put me under into that gorgeous state of slumber for the next three months…. that would be great. Thanks. 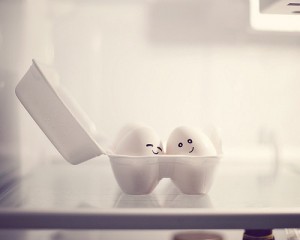