This time I’m not even going to bother accounting for apologizing for my lengthy absence. Where have I been? Not writing. Not motivated to write.

I alluded to my life slump in earlier posts and my post-quarter pre-mid life crisis which unfortunately is still going strong. The only thing I know beyond a shadow makes me happy is my children, and family in general, which is tricky because my absolute satisfaction with all of them only highlights how dissatisfied I am with everything else going on. Like, if every portion of my life made me as joyful and fulfilled as motherhood, then I’d be shooting sunbeams out my eyes and trailing glitter everywhere I went. But in reality, nothing else even comes close.

I’ve also been panicking over plans for the summer and beyond, childcare-wise. Remember how a few posts ago I was all, “Yeahhhh, no worries, it’ll all work out?” Well, that feeling has passed and super stressed out control freak Amanda has returned in force. WHAT are we going to do? HOW could this possibly work out? I’ve been feverishly prepping in the only way I can see this possibly working but even that is precarious at best and may not happen. I realize this all sounds very cloak and dagger but this is a public blog and for the moment I cannot say more. Maybe that’s part of the reason I’ve been gone from this space – I have a lot to say but cannot say it just yet. Hopefully soon.

The kids are great and the pregnancy is good, moving right along as baby Toast hits 17 weeks (turnip sized in produce analogies) today. I’ve been feeling tiny movements and of course that’s reassuring. I posted a while ago on Facebook about my big bloody scare and had every intention of posting a more detailed account later, but it just never happened. Long story short I woke up to a giant gush of blood and it was scary as hell, but it’s just a subchorionic hematoma that they’ll be monitoring but which shouldn’t really affect anything going forward. Other than that, not much except finding out the gender on 4/14 (I was going to wait but who am I kidding, I can’t wait) and frantically trying to figure out a realistic childcare solution for the not-so-distant fall.

We went skiing a couple of weeks ago, of course I didn’t get to ski, but it was a really good year for me to miss as temperatures stayed stubbornly below zero the entire time we were there. Molly did a fantastic job on skis this year especially compared to last and I have high hopes for enrolling her in the daycamp/ski school for pint-sized skiiers next year. It’s going to be freaking adorable.

I can’t remember if I told you guys that Molly named the baby already. At my urging, she started referring to him/her as “Emma” because that’s the girl name I really like and I was hoping hearing it in her adorable little voice would help sway Eric on the issue, as he is not convinced. My plan worked perfectly except for the part where she decided that if it’s a boy he will be named Byron… which is totally out of left field. It’s not a name she’s ever heard (that I know of) and Eric swears it’s not a coaching attempt on his part. Weirdly, it is a family name for him but again this is a deceased relative, not someone she’s met, so it’s super odd that she picked that name. I also don’t care for it so I’m kind of hoping it’s not a boy because everyone knows Molly gets her way on everything… probably on naming, too.

Liam is growing like a weed and talking up a storm, mostly gibberish but also plenty of discernible words. He definitely knows what we’re saying and follows directions surprisingly well. The kid literally eats more than I do – I’m talking full servings and often seconds at dinnertime and snack grazing throughout the entire day. If this keeps up, he will singlehandedly necessitate a weekly Sam’s Club trip once he hits teen years.

Speaking of eating… I do think it’s a girl a little because I want nothing but sugar and that’s exactly how I felt while pregnant with Molly (with Liam, it was more craving meat/protein). It’s kind of gross how much sugar I’ve been consuming lately and I’m considering a mini sugar detox to get myself together. Remember, I gained 70lbs with Molly and I have NO intention of doing that again.

I hate to ramble on and on just to have something to post, so I’ll cut it out now. Hopefully more to come soon.

Here are a couple snapshots from that ski trip: 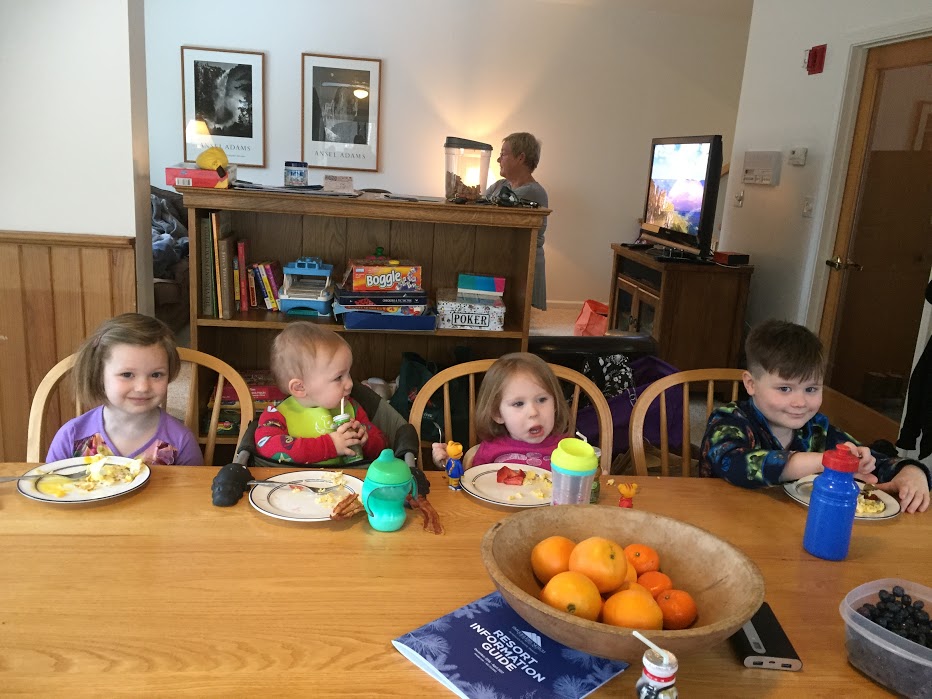 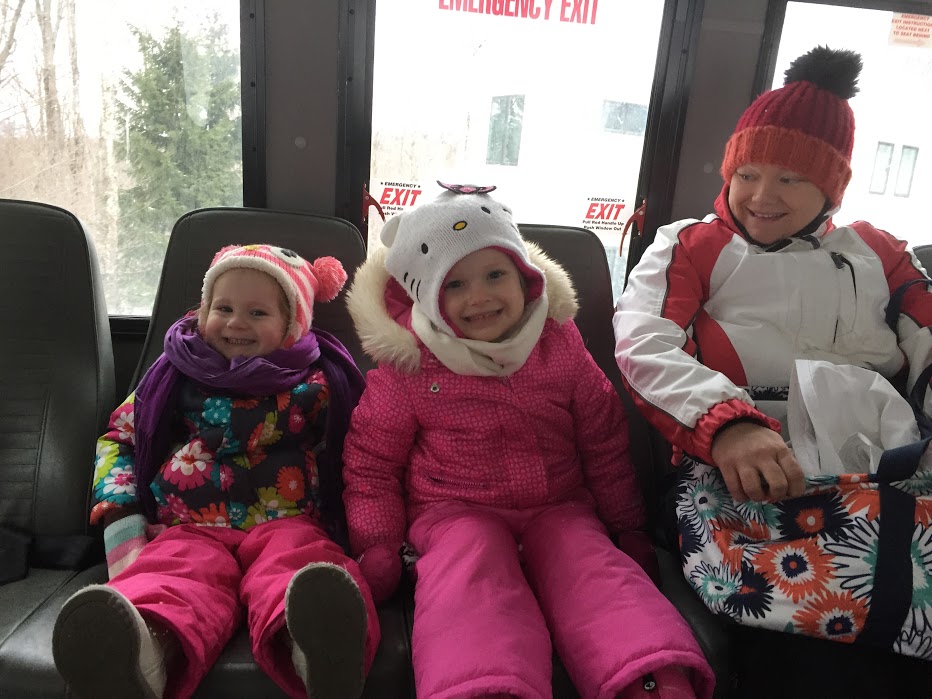 on the bus to go skiing 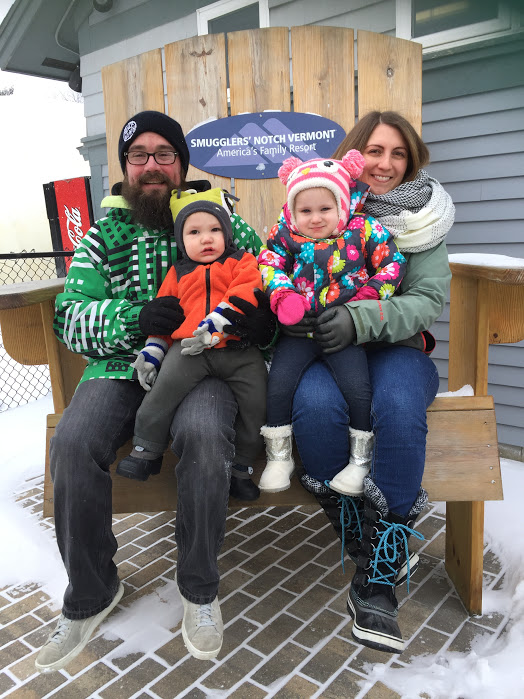