I really wanted to blog tonight. I start to feel guilty when a week goes by without a post, especially since I’m composing so many in my head all the time. But now it’ s like 10:30 and I know my little one is gonna be screaming her head off by 5, so I need to be quick about it.

Saturday Molly was baptized, and it was one of those days that turned out so well I was pretty sure that I was watching it happen to someone else, because no way was I that lucky. It was a little chilly, but the rain held off. She was an angel for the whole thing… didn’t cry or fuss one time, not even when the priest poured water on her head or when she had her first little taste of wine (I’m Eastern Rite Catholic – which is pretty much exactly like Russian Orthodox, except Catholic. So in addition to being baptized, babies are also confirmed and get their first communion all at once. And wouldn’t you know it – she seemed to like the wine!). Everyone came back to my mom’s house and ate and socialized and had a good time, plus we had just the right amount of food (which yes, is a thing for me).

Today I figured I’d have plenty of time to write a deep, insightful post and catch up on everything that’s been going on, like how my milk is drying up since I went back to work (Waaaahhh!) and various other things. But then I had church followed by breakfast followed by Target followed by falling asleep while breastfeeding, and then we had to run to Eric’s sister’s house for his nephew’s birthday party. Then I came home to a mountain of laundry to fold, lunches to pack, and general little chores to do before putting Molly to bed. And hey, whattaya know, before I can blink it’s Sunday night at 10:30pm and I’ve done nothing I wanted to do. No insightful blog post. Still haven’t updated her baby book or put her photos in frames like I’ve been meaning to. There really aren’t enough hours in the day.

It’s time for bed. But before I go, here’s a few pictures of what’s been going on with us. Apologies to any Facebook/Insta friends who are probably really sick of seeing the same ones over and over. :) 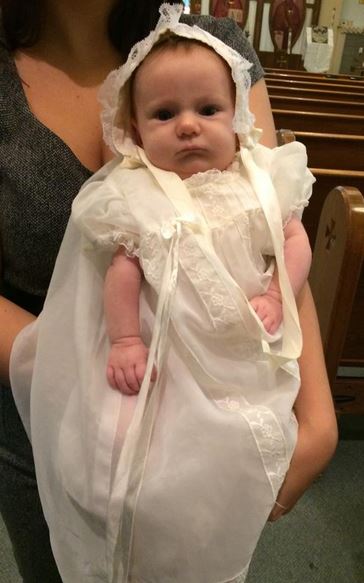 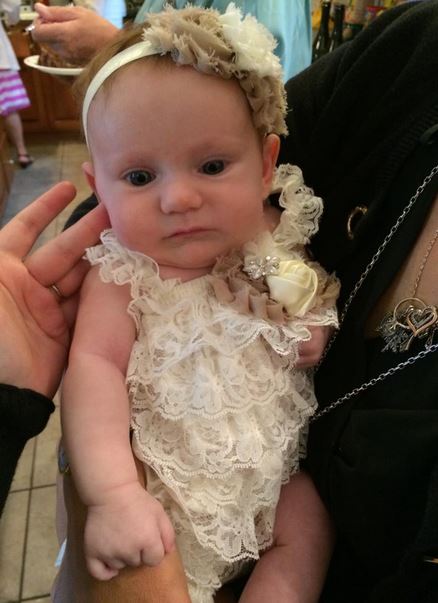 Costume change, post-baptism. Is this not the cutest outfit in the world? 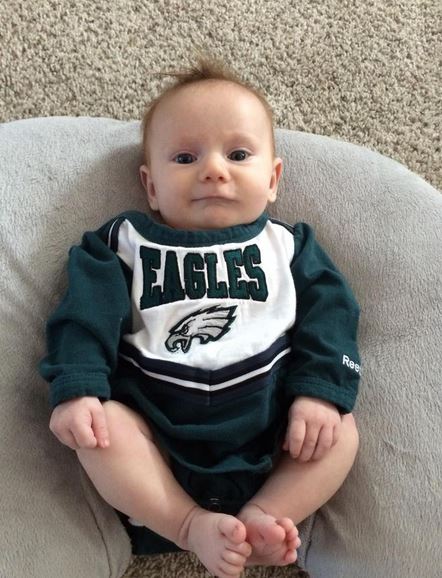 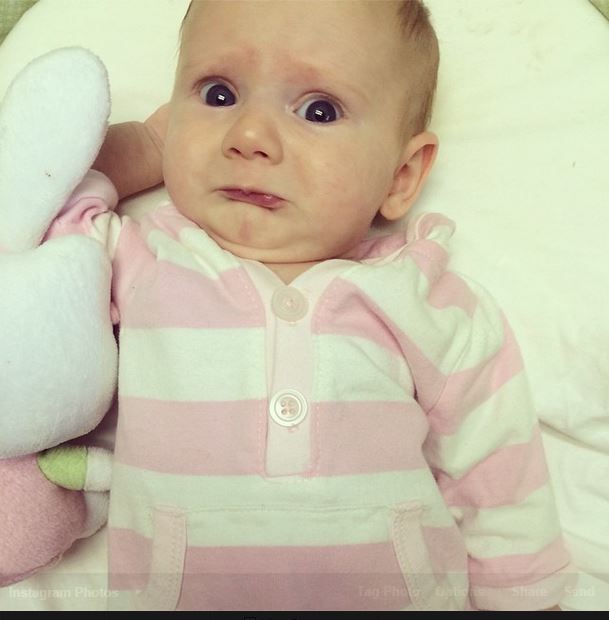 Tell me this kid doesn’t have the cutest sad face ever!