I know, it’s been too long! I wish I had some good excuse, something like “I’ve been busy working on my novel,” but the truth is that I’ve been busy catching up on recorded episodes of Auction Hunters. Anyway. I do have a whole post planned out and I’ve even arranged to blog on Nazareth Patch too (yay!)… I just haven’t been motivated. I spend all day writing and when I get home at night, sometimes the last thing I want to do is stare at a computer screen. But anyway, just so y’all don’t think I gave up on the blog, here are some pics for wordless Wednesday. Or in my case, not so wordless, but not as wordy as usual, Wednesday. 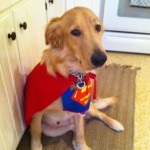 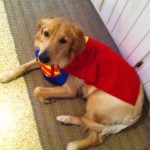 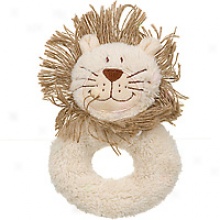 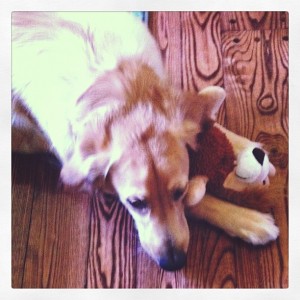 I’m not a dog person.

This may even be an understatement, especially since several friends responded to my text about getting a dog with, “What? Did pigs start flying to announce that hell froze over, too?”

The truth is that I never wanted a dog. A few years ago I would go as far as to say I disliked them, but really only when they were jumping or drooling on me. However, I married a “dog guy” and we talked about getting one since the idea of sharing our lives together finally became reality. He insisted that he needed a dog, and over time the idea grew on me. I even began to romanticize the notion, imagining a stoic companion to keep watch beside my armchair while I sipped hot cocoa and delved into a good book. In my doggie daydreams, of course, I never imagined a poorly behaved pup.

Eric and I clashed on what breed to get, and somewhat violently. I wanted a small, pocket-sized dog to carry around in my handbag and strut with down the street. His inclinations leaned more towards large, bad-ass dog that could be his best friend and not threaten his manhood while on walks. He wanted a pitbull; I wanted a pug. We both agreed that whatever dog we picked absolutely had to be a rescue from a shelter and not a pet store purebred. Since we disagreed on just about everything else about our future pet, the matter was laid to rest for the time being.

Then Friday afternoon rolled around. My mom forwarded us an email about a 7 month old Golden who needed a home – and fast. The email came with 2 snapshots, a sad tale of allergies, and a warning that whoever wanted the dog needed to make a decision before Saturday evening. We called and set up a meeting for the next morning.

We could tell Ryder was going to be a firecracker from the first time we saw him straining against his leash as his family walked him down the street. There’s just something about the way he walks – it’s as if he doesn’t quite know how to coordinate his front legs with his back legs. It was immediately apparent that this was a high energy, high maintenance dog – but he was a purebred Golden worth $1,000 that we were getting for free. He was a big dog (Eric’s happy) but a loyal, friendly dog that’s great with kids (Amanda’s happy).

Then we heard a bit about why the family was getting rid of Ryder, and that’s when I knew he was absolutely, without a doubt coming home with us. Eric already chastised me for speculating and giving credit to hearsay, so I’ll just say this – they (supposedly) did not give him the love and attention he deserved, allergies notwithstanding. It became apparent that he was my “burnt toast dog,” which went along well with my burnt toast husband and various other burnt toast people/items in my life. But that’s another story for another time.

So Ryder is our dog, and so far things are going well. He is rambunctious, excitable, and has endless stores of energy. My biggest complaint so far is the ridiculous amount of dog hair and dog dandruff all over my clean floor. It’s pretty obvious that he has never been to the groomer, so hopefully once we get that out of the way the shedding will be less intense. We took him to the dog park on Saturday afternoon and he had an absolute ball, plus he seems to play well with others. He sleeps curled next to our bed at night and follows Eric around the house wherever he goes. He clearly needs to be trained and to get comfortable in his element, but I can tell he’s a good dog already. We definitely made the right decision – though I still would not call myself a “dog person.” 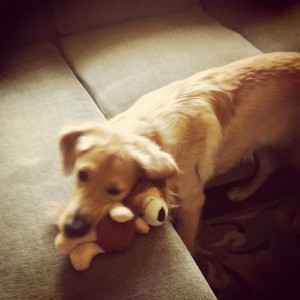