I think the look on Eric’s face says it all. I was just as happy either way! (And just noticing now how terrified Molly was with all the yelling, haha). 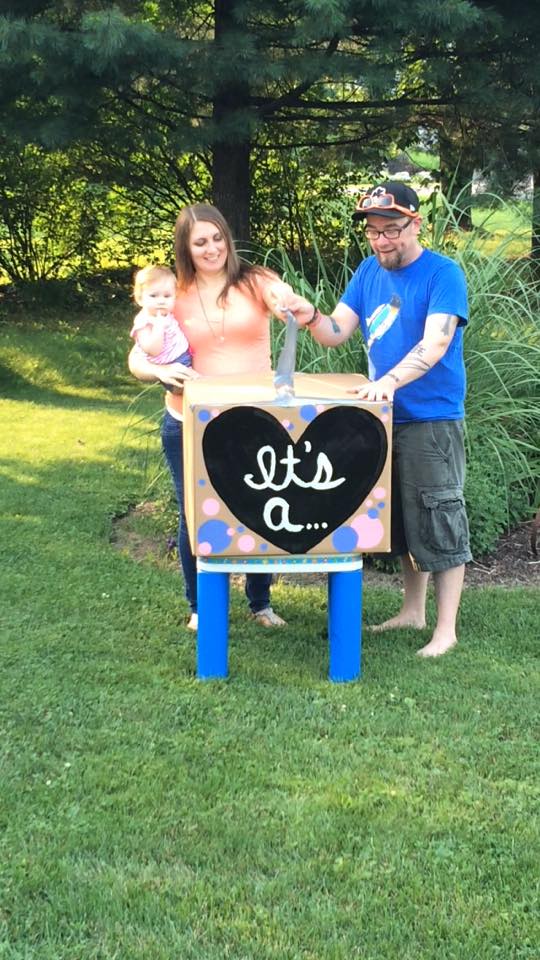 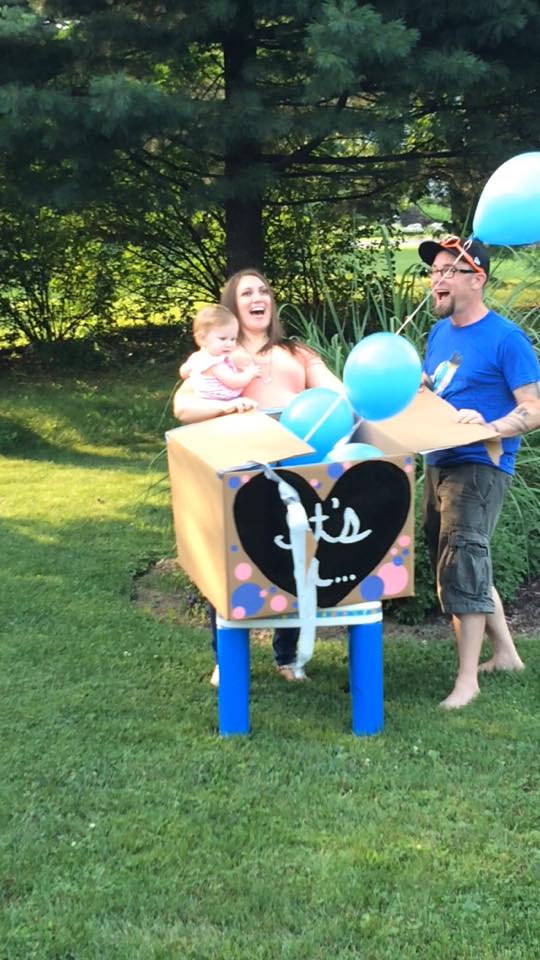 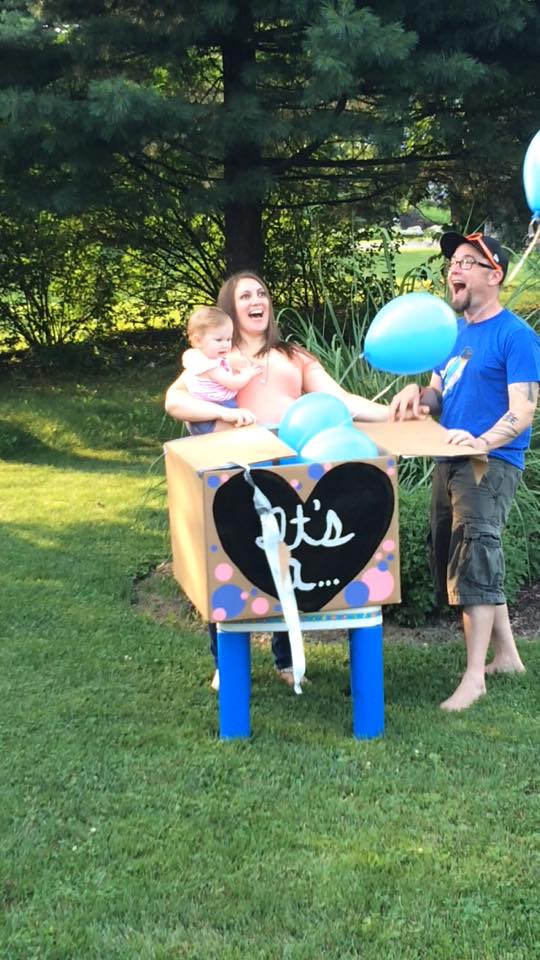 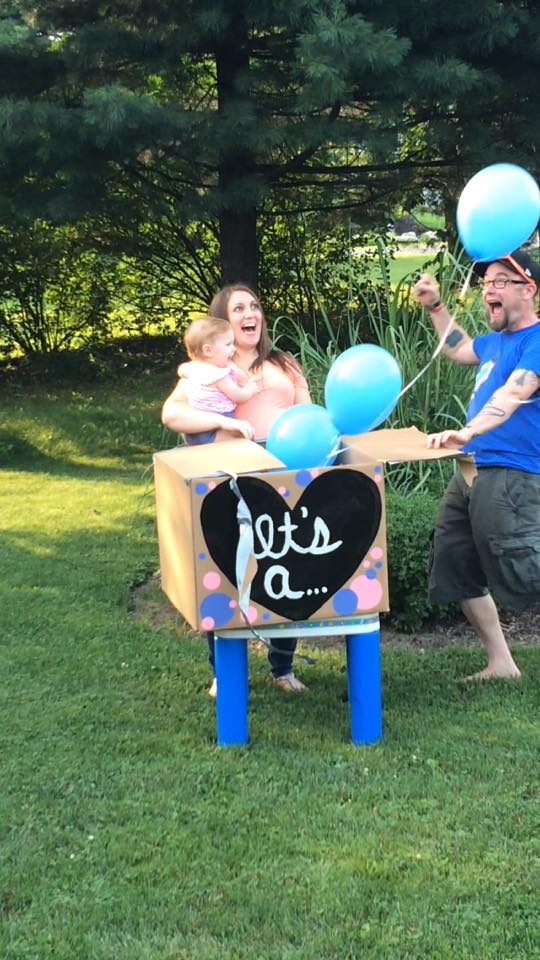 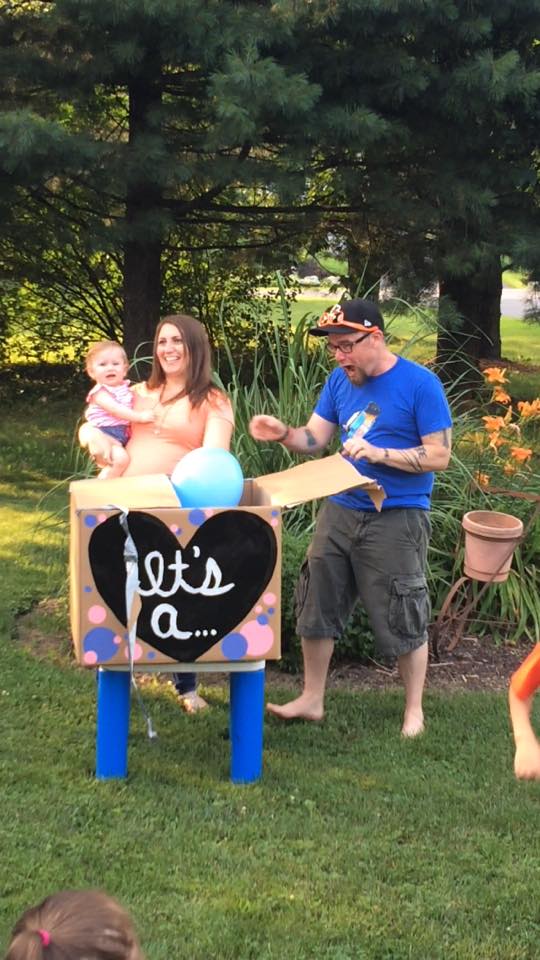 Yes, you already know I’m gonna make you scroll for it.

First, let me tell you about the whole crappy morning. Yes, crappy! This magical appointment was SO not what we had imagined.

This morning it was snowing. Heavily. No, this is not Atlanta (sorry, Atlanta), but the roads were sketchy enough that even Eric said to me, “Are you sure we should really go?” He had already committed to working from home today, and my car is the only one with all-wheel drive, so he agreed to brave the dangerous roads if I promised to call out of work. That seemed like a reasonable compromise, so I did.

The roads were not great, but he’s a good driver, and like I said… I have all-wheel drive. We live in Pennsylvania; it snows a lot. We’re used to it. So anyway, it took us about an hour to go 15 miles, but we managed to get to the appointment right on time – 8 a.m. And it’s a good thing I made an early appointment because we found out later they were closing the office at 11. And this was at a HOSPITAL. So you can imagine how treacherous it really was.

We went back into the room and got introduced to our ultrasound tech, who shall henceforth be known as BUZZKILL (BK). She immediately started in on us, questioning why the hell we would risk life and limb to come in for this appointment “after all we had been through.” Um… excuse me, what? Do you know my life and what I’ve been through, or did you glance at my chart and make assumptions? Wow.

Anyway, we mentioned that we were really excited because we had this whole gender reveal party planned for tonight with our families and we were going to cut a cake and blah, blah, blah… nope, wrong answer. BK was appalled that we thought of it as a “gender scan” and just kept reiterating that it was a medical procedure to check the baby’s health, not pink or blue party time. She made it sound highly unlikely that she would get a shot of the girly bits or boy parts, but she would write it down “if she could find it, maybe, probably not, but maybe.”

Let me be clear: She KNEW that we didn’t want to know, and that we wanted it written down. After chastising us a few more times for having the audacity to drive in 3 inches of snow in our all-wheel drive car and shouting out the names of bones as she found them, she dropped the bomb.

I could have punched her! We were stunned into silence. Seriously, BK, seriously? Then Eric said something about being disappointed, and she thought he was talking about the gender, so she started berating him for that. She said, “Oh, I just can’t believe you would say that, after all you’ve been through.”

No, lady. He wasn’t disappointed about his baby’s gender. He was disappointed that he had to hear it from you, in a totally anticlimactic tone, completely out of the blue, when we’ve been planning and anticipating this party since I made the appointment two months ago. THAT’S why we drove through the snow. Even after all we’ve been through.

She realized her mistake about ten minutes later, and stopped all of the sudden and said, “Oh my gosh, you wanted me to write it down, didn’t you? Oh, I’m so sorry. I haven’t made that mistake in years!” And then she said, “…Oh, well.”

Of course, we made the best of it. We got to see baby’s face. We slowly let it sink in – our baby had a gender. Everything else about the scan also looked great, which was a huge relief. But later during the appointment when Eric and I were talking about the miscarriages, she stopped and said, “Oh, you’ve been pregnant before?” So when she was going on and on about all we’ve been through, she was just talking about IVF… she didn’t even know the whole story! Imagine if she had… she would have thrown us out of the office on our ears.

We drove home. We started to get excited again. A small part of me was worried that we may have to cancel the gender reveal party since it was still snowing heavily, but luckily everyone in my family AND Eric’s family lives in a 5 mile radius, and the plows worked hard all day.

So without further ado, may I present the results of the gender reveal… in photos.

Ryder and Bird made the first guesses of the day: 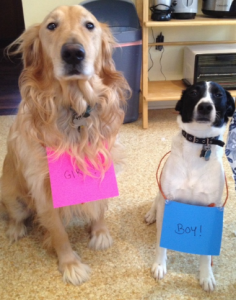 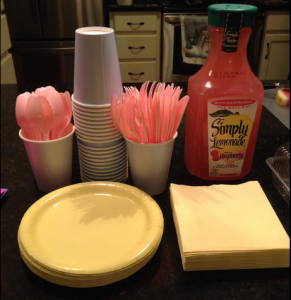 Our beautiful cake, made by Aunt Deby. 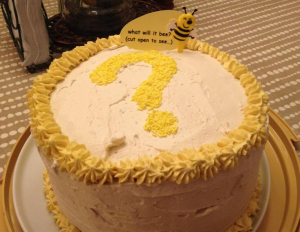 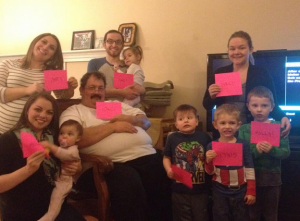 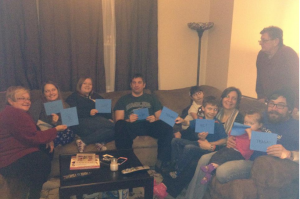 Our “guesses” (pretending not to already know): 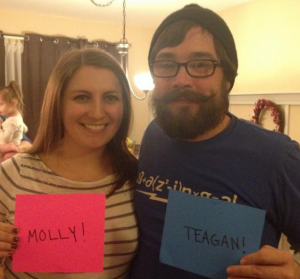 We let the grandmothers cut the cake, so at least someone was surprised. And inside, it was…PINK!!! 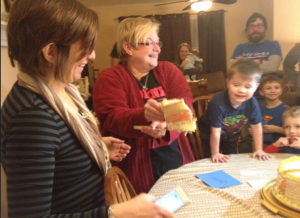 A 3D image of our baby girl, Molly Marie Harding. 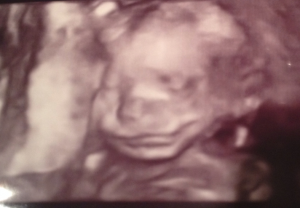 We simply can’t wait to meet her, and we’re feeling overwhelmingly blessed. So in the end, the day was very, very good. A daughter. Our daughter. I wish it was June!