For some reason, this month is dragging. I mean, obviously I know the reason. It’s because I’m dreading/anticipating my 7 week ultrasound at the end of the month. But seriously… for both other pregnancies, I feel like this time just flew by. For this one it feels like a lifetime. Right now, I’m 5 weeks along (beta today came back at 2,924, which is pretty close to what it was last time at this point). 5 weeks! Wasn’t it eons ago that I got my BFP? Shouldn’t I be, like, delivering this kid by now?

I haven’t been posting much because honestly, there’s not much going on. That, and the fact that I’ve been uber-busy lately. I picked up a side project freelance writing gig to make a little extra cash, so that’s sucking up some time. Then my friend unexpectedly dropped by on Saturday and stayed the night (our first time having a guest in the guest room…ahem…nursery), which was very fun. We watched a Disney movie and drank seltzer. Because that’s how I like to party, mmmhmmmmm.

Sunday I got up super early for church and then had a few hours to kill before going on a pumpkin patch excursion with the family. I thought twice about setting my alarm before lying down for a quick nap… usually I nap for 60 minutes on the button, no alarm needed. I’ve always been that way. Well, good thing I set that alarm, because 2 hours and 15 minutes later that’s precisely what woke me up. This is what happened during my last pregnancy, too, so I’m taking it as a good sign.

Other signs – and tell me if any of you experience this one – sometimes when I’m lying on my stomach and stretch (in yoga speak, do sort of a cobra type thing) it feels like my lower abdomen is somehow shorter and more tense than it usually is. It’s hard to describe. It’s kind of like a pulling sensation, and it only happens in this early, early stage (which, let’s face it, is as far as I’ve ever been). Besides that and the super-long naps, I got nothin’.

Diet is going well. My unexpected houseguest and I went to the local grocery store and raided the gluten-free section, picking up yummy-licious rice noodles and making a coconut curry stir fry. It was so good, and best of all, it didn’t bother my throat one bit! Woo hoo! Rice noodles are officially my new favorite thing. They make life better when I’m at my grandmother’s house watching everyone else scarf down homemade stuffed shells as I confirm for the third time that there’s nothing but parsley on the turkey. No pie for me. No chocolate eclairs. Just a cup of herbal tea, plain, for dessert. I told my mom that in June, in the hospital, I fully expect a delivery of a dozen bagels slathered in cream cheese and a gigantic chocolate cake. And some cookies, and maybe a loaf of bread. I’m sure it’ll make me puke everywhere, but it will be so worth it.

So the more I do this diet, the more I’m thinking…maybe it was the gluten. That’s the one thing here that I didn’t give up before, and that has been linked to miscarriage in the mainstream. At least, I’m hoping that’s it, because I’m sure as heck not eating it. My digestive seems calm (but hella jealous of everyone eating pumpkin pie). Please let that be it…

I’m sorry. I feel like I’m getting really boring lately, always talking about food and boring crap. I wish I had better stuff going on, but for right now I’m just playing the waiting game. I’m at once praying for the ultrasound and terrified of the ultrasound. I have a good feeling, and a healthy dose of fear. I’m all over the place. I just want it to be December already so I can breathe a huge sigh of relief and be a normal person again.

I am very sorry for skipping my promised post yesterday. I got a frantic text from my sister-in-law at 11:30 p.m. demanding to know my beta, assuming it was bad news since I didn’t post.

The news is good. Beta #3 was 2,462. Four digit numbers are a hell of a lot more reassuring than two digit numbers.

A few people who I told expressed excitement that the number was so high, and thought it might be two. I went back to check – last time at this point with the twins, my beta was over 6,000. So I’m reeeallly thinking it’s just one this time.

Not much more to say than that. I went to bed at midnight last night after having a lovely backyard campfire under the supermoon with some friends, got up at 7, let the dogs out, then promptly fell back to sleep until 11:30. So you could say I’m abnormally tired.

Is it a symptom? Sure it is! I’m going with it, because otherwise I got nothing.

So you know how I’ve been bitching and moaning about not feeling any different? I finally, finally felt something. It’s not pleasant, but at least it can be attributed to pregnancy.

Some background: my mom has severe food allergies. She’s allergic to nuts, any aged cheese, onions, peppers, strawberries and any spice that makes food taste delicious. I grew up eating a lot of bland chicken with sides of plain mashed potatoes. On the flip side, my father has a stomach of steel. I was lucky enough to inherit his lack of allergies with two minor exceptions. First, as I’ve mentioned, I’m lactose intolerant (but I still eat Greek yogurt every day because I freaking love it). Second, I have a weird but minor reaction to high fructose corn syrup, which is why I drink evil Diet Coke instead of evil regular Coke. I’m much more likely to have a reaction if it’s in a beverage than if it’s in a food. What happens is that my throat gets “itchy” and I can’t help but make a low guttural sound that sort of sounds like I’m trying to dislodge a hamster from my esophagus. The sound is not attractive. Just ask my husband. So I try to avoid corn syrup, but if it slips in somehow it’s really no big deal.

Fast forward to Tuesday. I went with coworkers to happy hour and drank whatever the special cocktail was, just sans liquor. So essentially I was drinking some fruity juice concoction. My throat started to tickle as the night went on, but not in a “corn syrup” way, more in a “I’m getting a sore throat” kind of way. By the time I went to bed I was completely miserable. Every time I swallowed it felt like a hundred tiny men were stabbing my throat with little daggers. I was convinced it was strep and made plans to see the doctor in the morning.

But in the morning, my throat was almost back to normal. I still worked from home assuming I was contagious (plus, I was exhausted from being up all night in pain). The next day when a coworker suggested it might be the corn syrup allergy, I brushed her off and said I had never had a reaction that strong before. I figured it was a cold that my immune system fought off in record time. Yay for daily vitamins!

…But then on Saturday night the same thing happened. I texted my mother in law to confirm that the soda I drank at her house did indeed have corn syrup, and lo and behold, it did. So apparently my big tell is intensified allergic reactions to food. Who knew? Has anyone ever heard of this before??

In other news, I went for my third beta on Saturday and got a 6476. Woo hoo! I got confirmation that I will have to go back every week (boo) but I will get to have an ultrasound in 2 weeks, which I did not realize would be happening (double woo hoo). So yeah, things are going pretty well. I’m slightly less angry (slightly…) and not feeling that whole utter exhaustion thing yet. My boobs hurt like crazy one day but then not really since. I keep getting little twinges down in the uterine area, but other than that and the crazy allergies, it’s just regular old me. 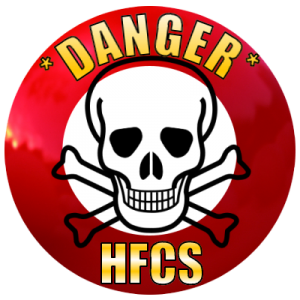