It’s the moment you’ve all (some of you?) been waiting for! The officially official, will not mystersiously disappear without a trace, blog post with details of my big television debut!

Set your DVRs to record the Dr. Oz Show on Wednesday, March 18th at 1pm ET. If you do, you will see me, in a bright pink shirt that I have since dried and accidentally shrank, talking about how frustose malabsorption led to uncomfortable bloating in my life. I know – very intense stuff.

Honestly it feels like it all happened so long ago that my excitement about the whole experience has waned considerably. I probably could have written a whole long and exuberant post about it a month ago, but now I don’t even remember that well. It just feels like so much has happened since then. But anyway, here’s as much as I recall.

They sent a car to pick me up at 6am sharp. In the car – me, Molly, Eric, and my MIL. My mom planned to come meet us in the studio later. We hit tonssss of traffic on the way there and I had a few minor “celebrity moments” when people from the show kept calling my driver asking for my status. 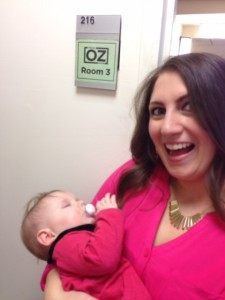 Finally we arrived at the studio – almost exactly one hour late – and were ushered inside. At this point a lot of things happened at once. One thing that I still marvel over is the controlled chaos in TV world, and how each person knows their specific role. I was in my little private dressing room (which came equipped with a breakfast spread, couches, and a television that showed a live feed from the set) and people just kept coming in and coordinating what needed to be done. Hair. Makeup. Wardrobe. The producers stopped by to go over the questions and answers one more time. It was seriously crazy when I was sitting in the makeup chair at 9:50 and I said to the woman doing touch-ups, “So what time do I need to be up there?” and she casually replied, “10 o’clock.” No one was panicked. It all ran like a well-oiled machine. A very fast-moving, well-oiled machine.

Unfortunately, due to some miscommunication with email, I told my mom the wrong time to come and she ended up missing the whole thing. Wahhh, wahhh. Eric stayed back in the dressing room with Molly and watched me from the live feed. My MIL came up with me to the set and watched from the side.

Everyone asked me afterwards if I was nervous, and I can honestly say there was no time to be nervous. I don’t know if it was just because I got there so late or because that’s just how it is when you’re on TV, but it was seriously like one minute I was chilling in the dressing room and the next someone was pushing me onto the stage. It was over before I could even think about it – or be scared.

I thought standing in front of the live audience would make me nervous, kind of like public speaking in college. It didn’t – the lights were so bright (and HOT) and I was so focused on what was going on right in front of me that the audience may as well have been empty. The most awkward part that I wasn’t prepared for (and tell me if you notice it when you watch) – is that I didn’t know exactly where to stand or who to look at. The camera cut away a lot to the food, or the doctor who appeared with me, or to Dr. Oz, so hopefully it’s not too noticeable. OH! Another thing. I picked out this cute necklace to wear and it had these individual little pieces on it, and apparently one of the sections was flipped up the entire time. Look out for that, too.

All in all it went well and I’m glad I did it. My mom finally got to the set just in time to jump in for a photo with Dr. Oz (he’s very nice, though obviously I didn’t speak with him much). I’m still waiting for that photo to get emailed to me. Funny how leading up to the day I was getting emailed details and instructions practically every hour and once the segment taped it’s been radio silence. Oh, well.

On to more recent news… this past weekend was our annual family ski trip to Vermont, and it was seriously so much fun. My MIL graciously came along to mind the baby so I could learn how to ski – which was awesome! I’m a huge fan of skiing even though I am really terrible. All together between aunts, uncles, cousins, etc, we had something like 23 adults and 10 children. It was crazy, but in a fun way. I’m already looking forward to next year. I have been soooo good about not giving Molly sugar or anything like that but I let her have a taste of her first ice cream (Ben & Jerry’s) and her reaction was priceless. I think it’s safe to say we have an ice cream fiend on on our hands here.

And… yeah, that’s all for today. Happy Saint Patrick’s Day Eve, everyone. Don’t forget to set those DVRs and let me know what you all think! 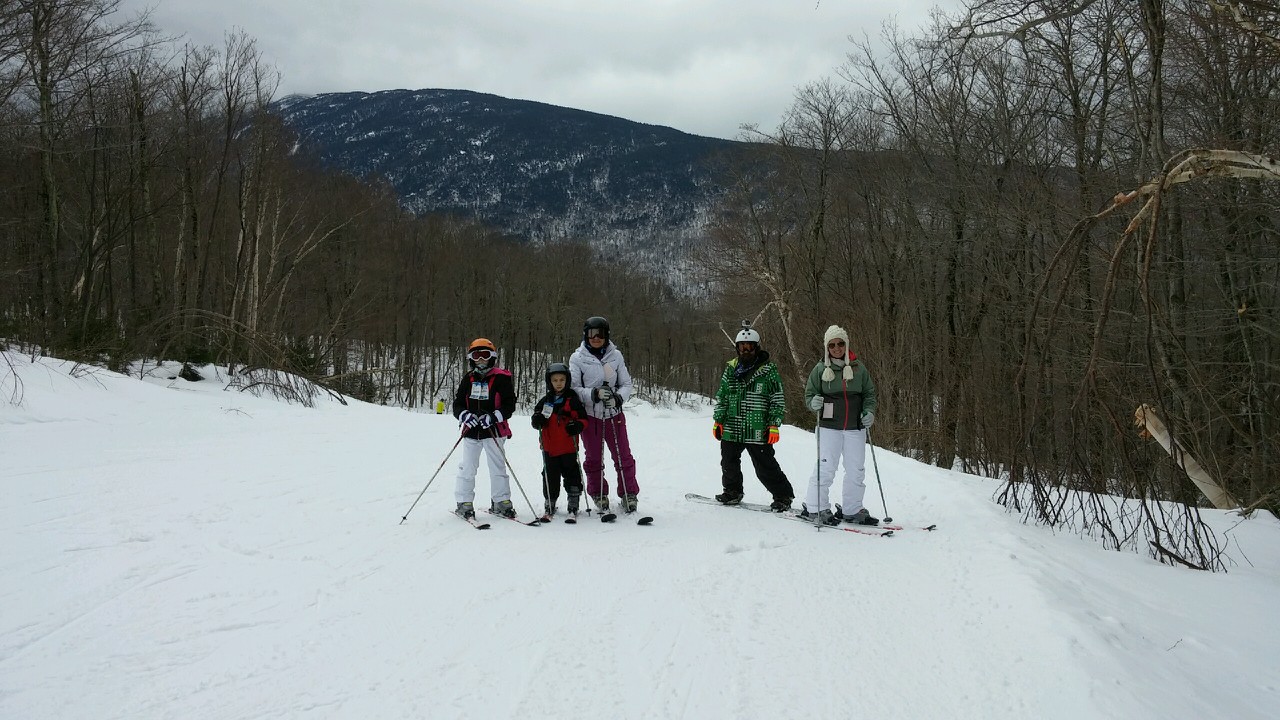