Have I mentioned May is my favorite month of the year? Not only is it the month of my birth (which, let’s face it, I still like to celebrate like I’m 10 years old), but it’s also my anniversary month, the kickoff of summer (and summer hours at work, which means half days on Fridays, yessssss), and tons of other fun stuff. Warmer weather. Mother’s Day. Yes, May, I love it.

Let’s totally ignore the fact that it’s almost been A MONTH since I updated my blog. Ack, I suck at life. Actually, I’ve been too busy living life to write about it, which I suppose is a really good thing. I also have a couple ideas for “themed” posts, but I’ve never gotten around to sitting down and writing them. However, thinking about writing them has kept me from making any general updates like this one. Who knows if they’ll ever actually get written though.

Recently… hmmm. I started Liam on solids a little sooner than 6 months because he just seemed ready. You had to see the pained/yearning expression he’d give us while watching us eat dinner – I swear, if he could talk he would have said, “But what about me?!”

Anyway, he was instantly good at eating. Like, barely a learning curve at all, which proves I was right and he was totally ready. Since I’m still anti-rice cereal, I started him off with sweet potatoes, and since then he’s also had pears, bananas, apples, and squash. He loves them all. Just like his sister, the boy LOVES to eat.

Speaking of his sister… funny thing about that… so far, we’ve been so lucky with Molly adjusting to having Liam around. I was fully prepared for her to regress in some way and want to be a baby again – especially since she’s so young, I mean, it would make sense. But no, since day one she’s been proud to be the big sister and let Liam be the baby. Until he started eating. She became obsessed with the baby’s “yogurt” and at first made me feed her with the baby spoon too. Now that she’s more used to it, she doesn’t make me feed her anymore but she does insist on having her own yogurt when I feed him. And then, in possibly the most adorable way ever, she sits there with the spoon and does the airplane game to herself, saying “Brmmmm, brmmmmm, here it comes! Open up for the yogurt!” as she feeds herself each spoonful (which is super random because I don’t even do that while I’m feeding Liam, I just… feed him). Of course every time I try to get this on video she abruptly stops doing it. But trust me when I say it’s just TOO MUCH.

This Friday I turn 32 and for the first time ever in my life I’ll be working on my birthday. Tragic, right? I took off the following Friday because we’re doing a yard sale and I just didn’t want to waste another day of PTO. Somehow I’ll get through it! I’m forcing my friends to go out to lunch with me at my favorite place and I’m not logging my calories for the day (calories definitely don’t count on your birthday).

As I mentioned, ever since my stomach bug my milk supply has never been the same. It’s at the point now that breastfeeding is like appetizers/dessert for the boy and formula is the main course. Still, I’m not ready to give it up completely, and I enjoy our mini feeding sessions first thing in the morning and right before bed.

But now since the pressure is off to make the milk, I am dieting in earnest and have finally seen the scale budge a little bit. Yay! Of course I have a pair of goal jeans (who doesn’t?), but as time goes by, I’m becoming more and more convinced that the only way I will ever get back into them is if someone creates a time machine. And I’m OK with that.

What I really want is to get back into my wedding rings, which I had to remove sometime in 2014 while pregnant with Molly. They haven’t fit since then, and while I do receive tons of compliments on the fake set I bought at Kohls for $30 to wear in the interim (true story, everyone is fooled by it), I would love to wear my real rings again.

Well, that’s all for now. This weekend we’re going out to dinner for my birthday, then I’d imagine we’ll be working on stuff around the house in anticipation of Molly’s party. I wasn’t going to do a big thing for her, but since her first birthday was such a bust I decided to host a do-over in the backyard this summer (with a strict rain cancellation policy).

We have a lot of cleanup to get done before then, but I’m excited anyway because as stressful/expensive as they are, I love hosting parties. At her cousin’s birthday over the weekend, Molly was really into the whole thing, from the singing to the balloons to the gifts she wanted to open. When I told her for the tenth time that it wasn’t her birthday and she couldn’t open them, she clenched her fist and screamed through gritted teeth, “I WANNA HAVE A BIRTHDAY!” So…yeah. I think we need to throw this kid a damn party.

And now for your once-a-month photo dump: 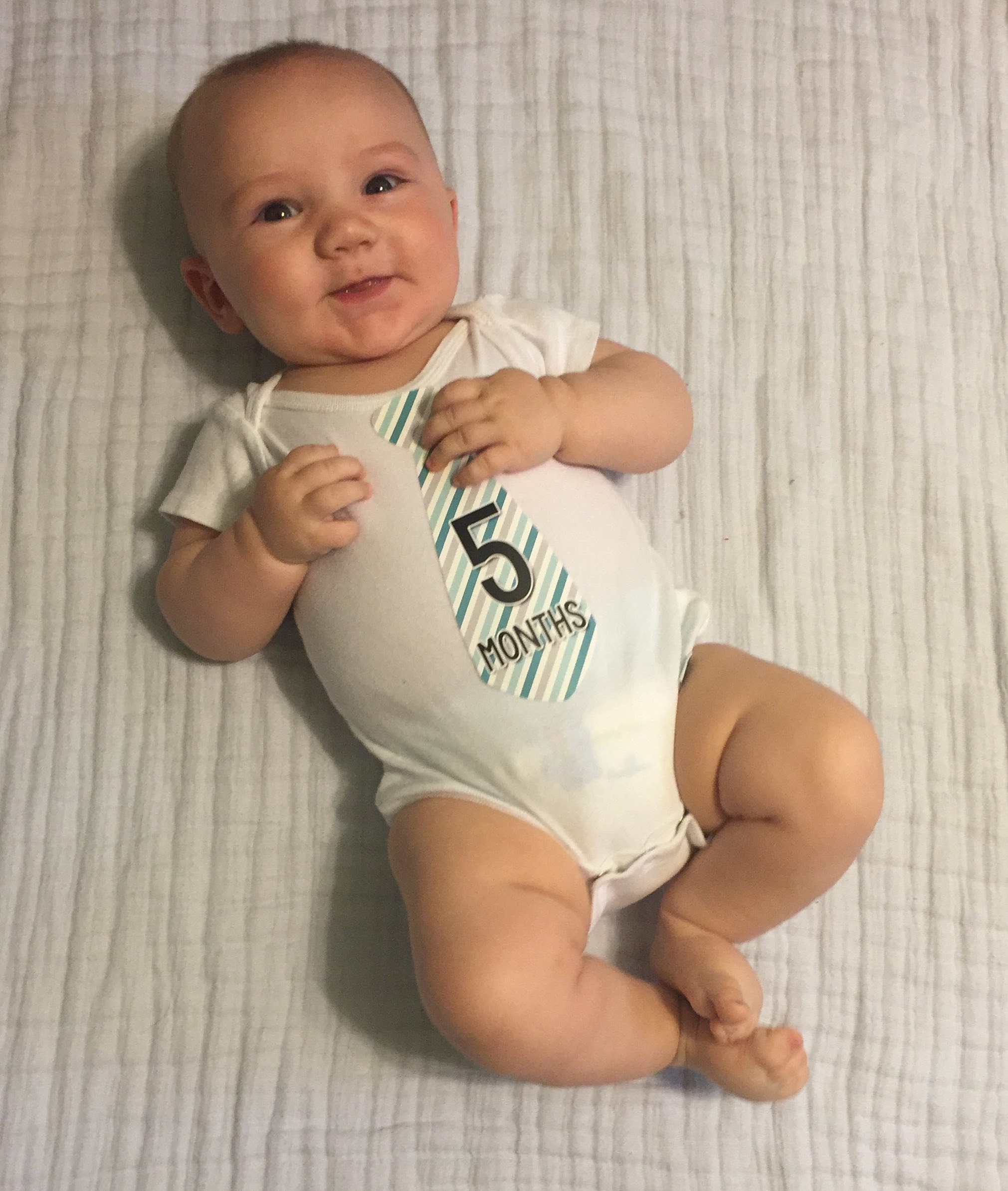 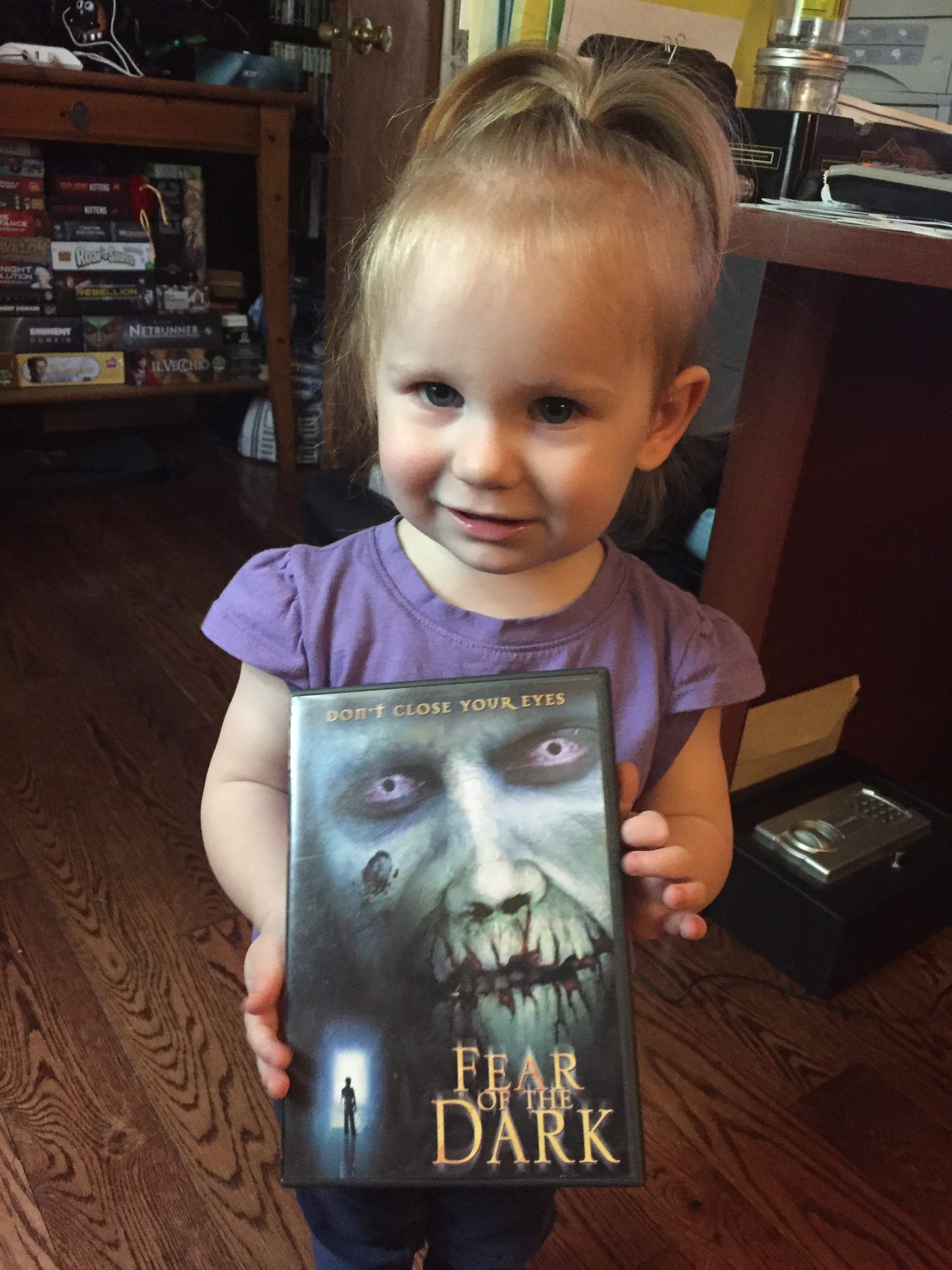 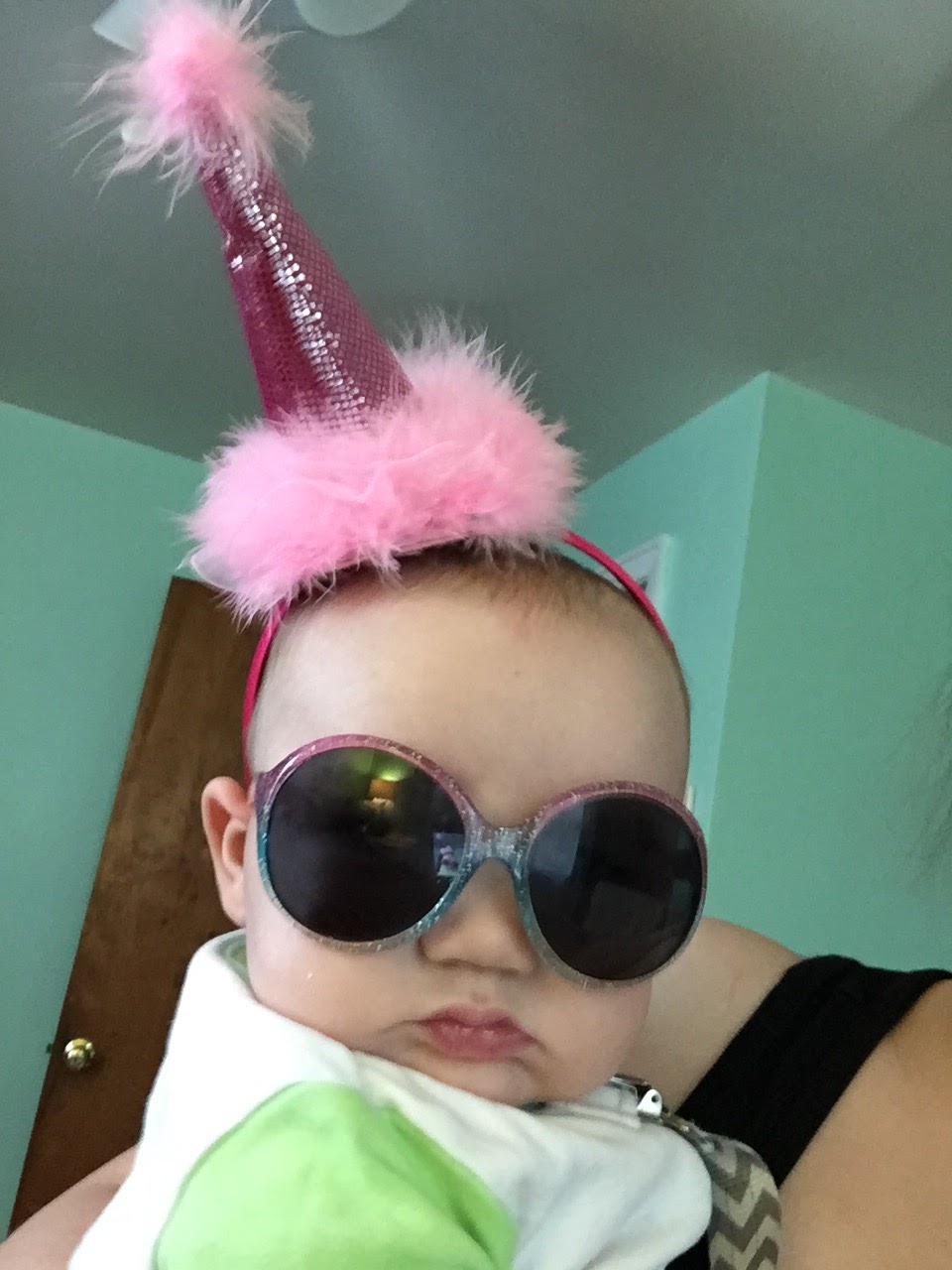 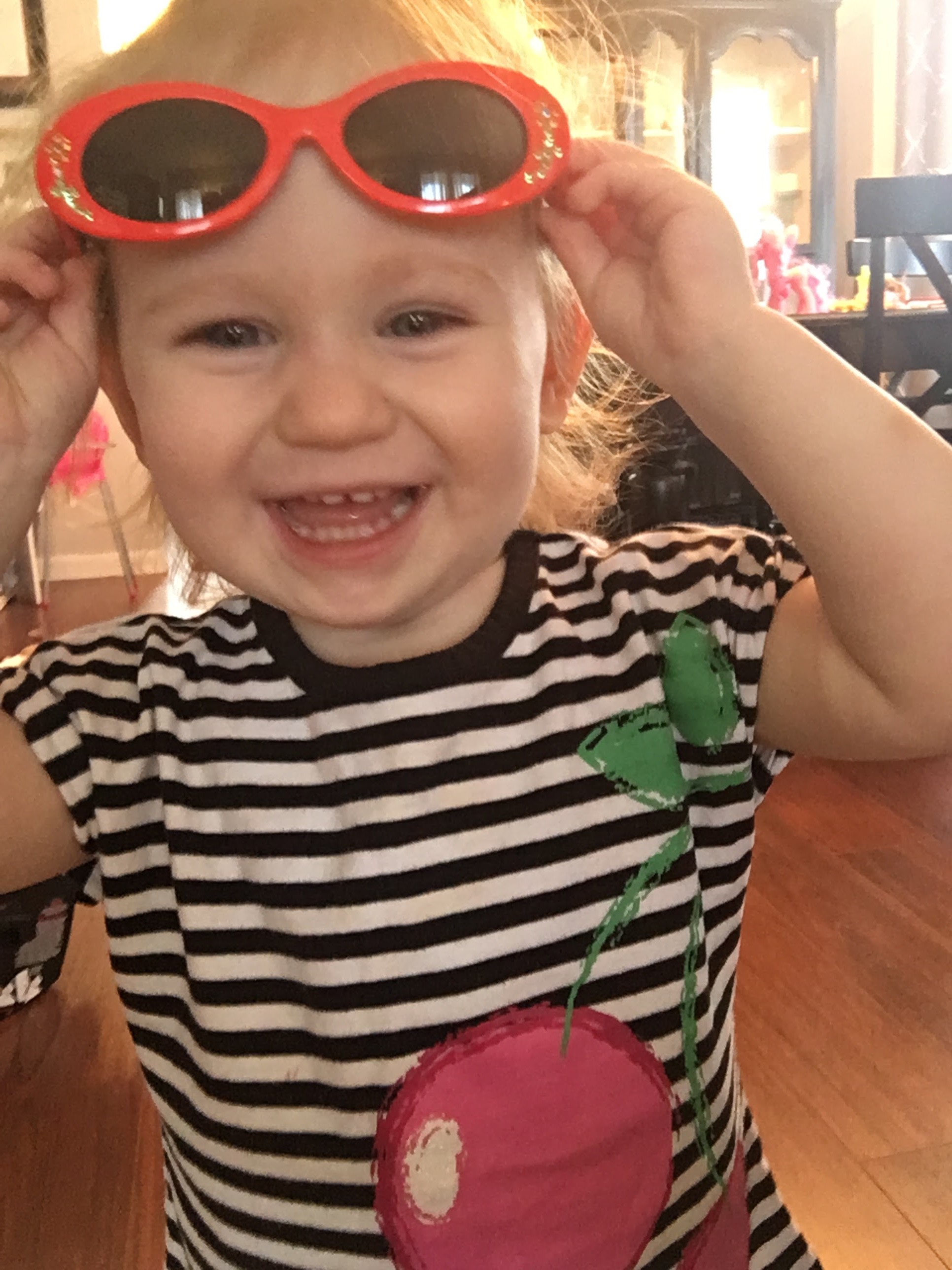 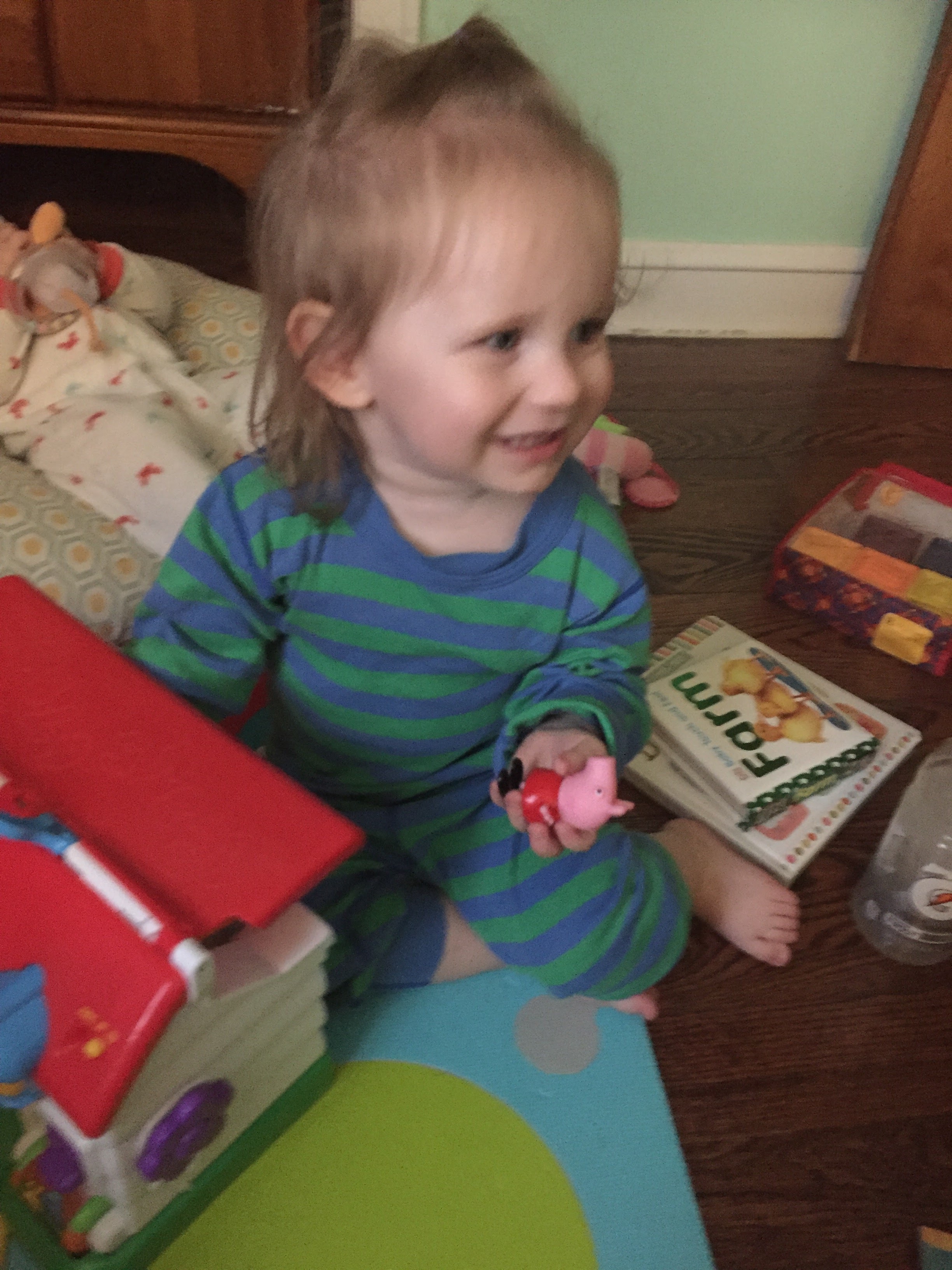 in her hand-me-down PJs from the early 90s 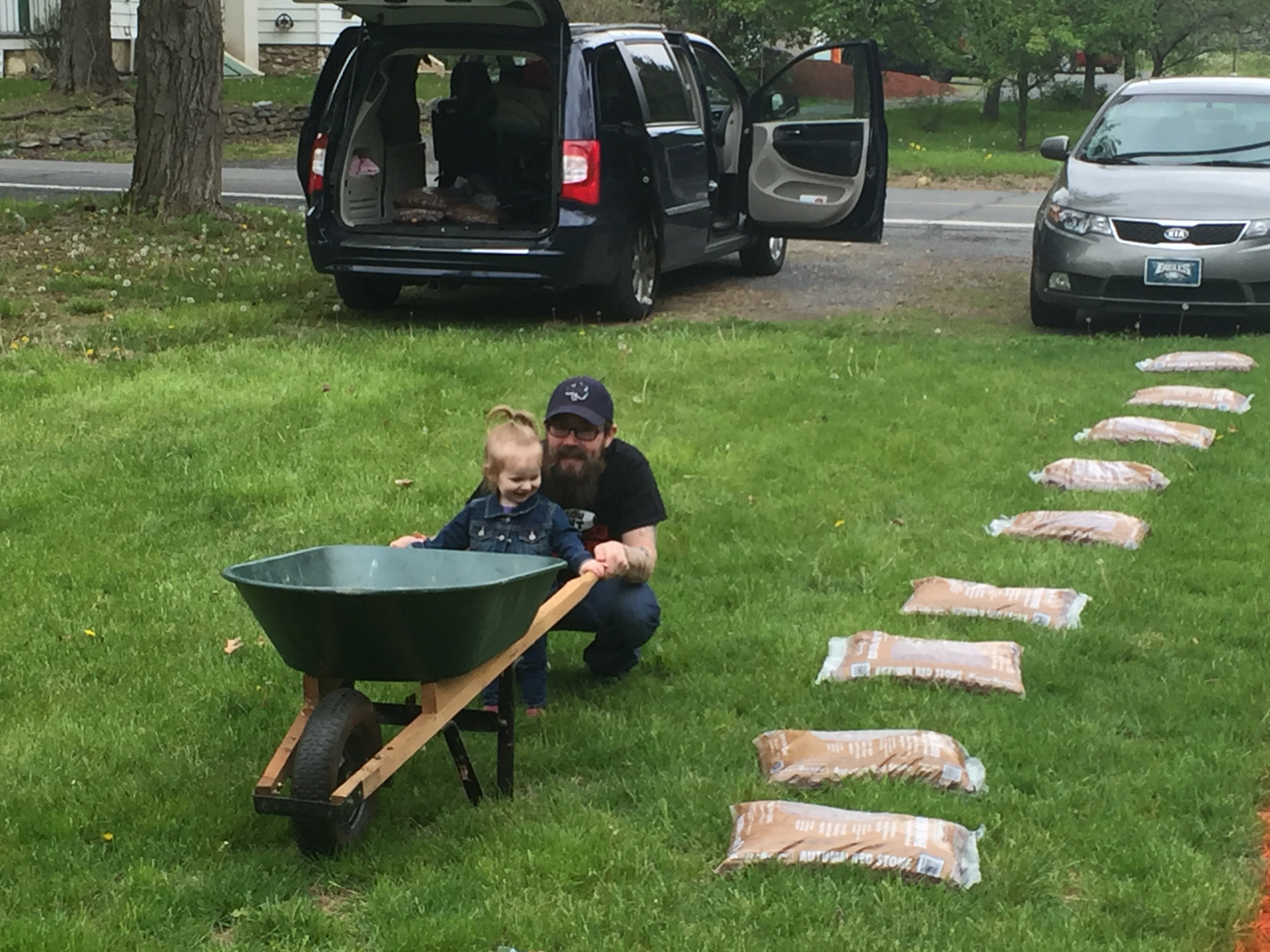 helping get the yard ready for company 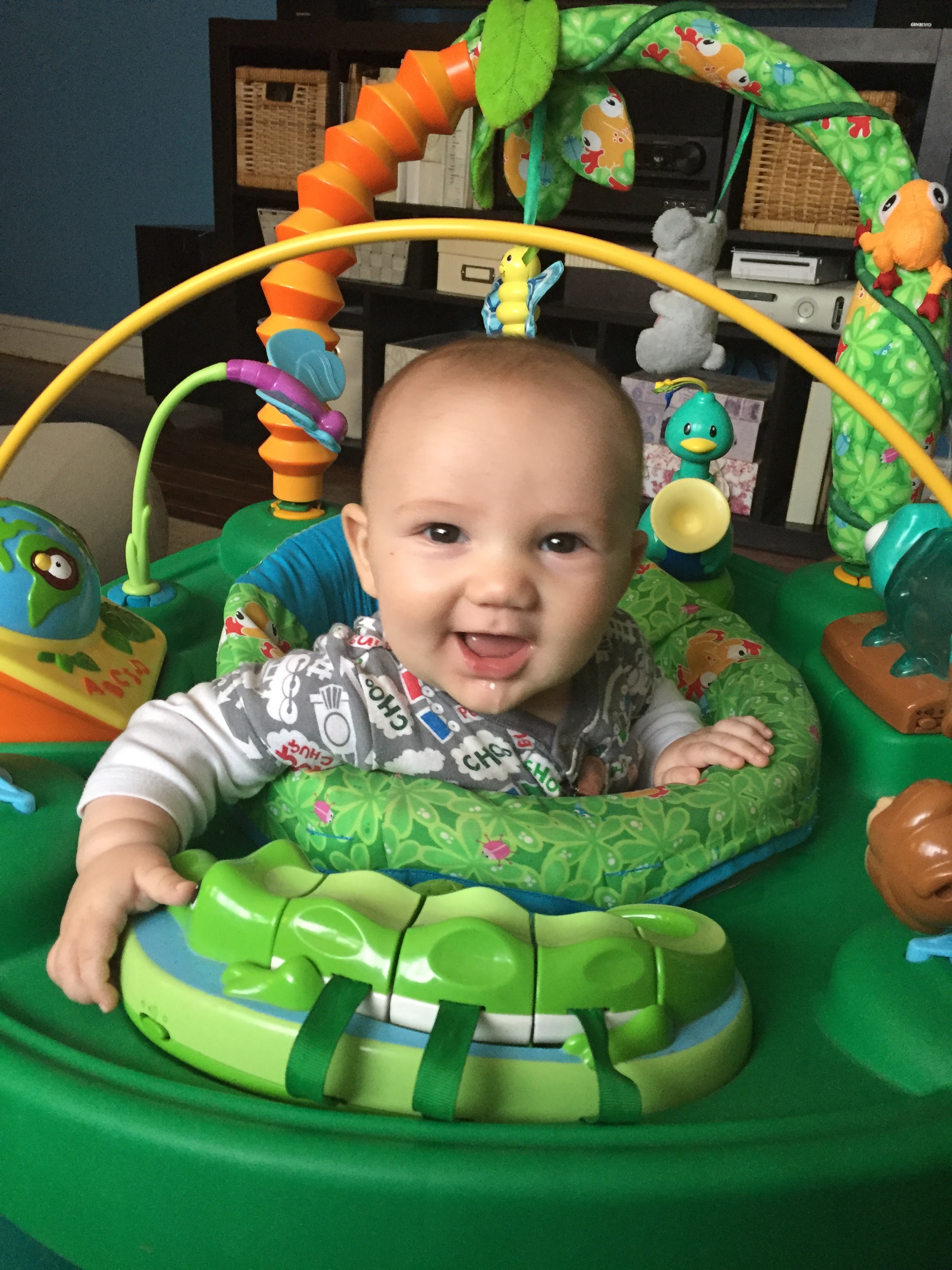 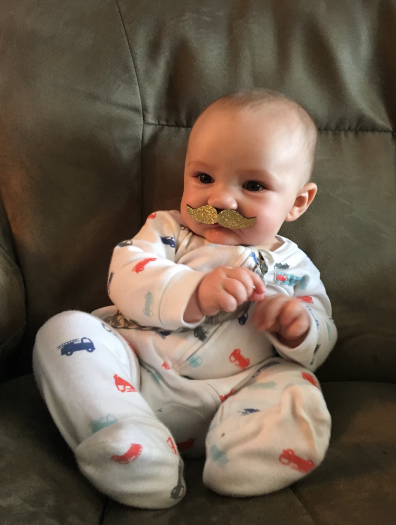 I mustache you a question… am I cute? 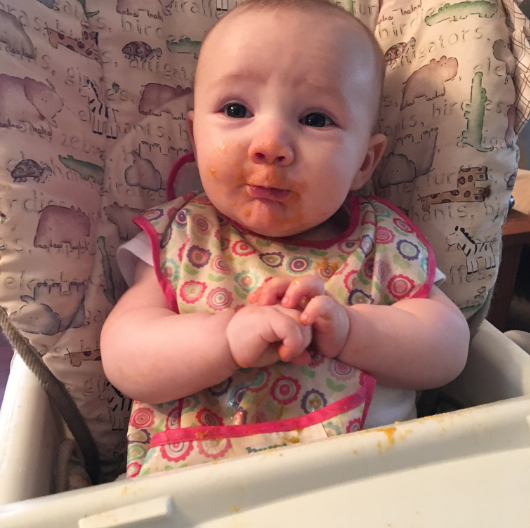 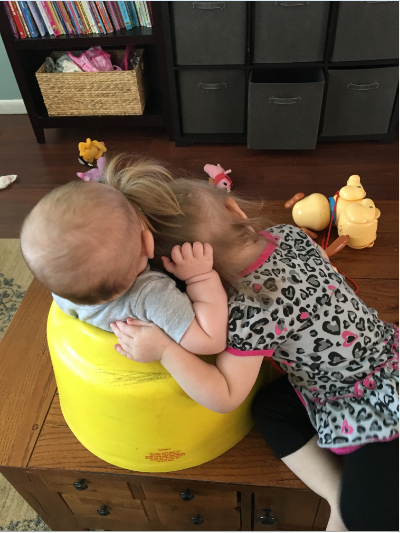 this about sums them up