This post has been delayed and delayed because my pretty Easter photos are held up in editing (aka, my dear husband keeps procrastinating on the uploading). I’m not sure why I got it in my head that posting anything HAD TO wait until I had those photos, but I did. Now I’m giving up because it’s April and no one cares that much anyway besides me. I’ll just share them if/when I get them. Which could even be later tonight because that’s just my luck. Either that or October.

Skiing (which by now feels like decades ago) was good, warm and slushy, but good. We weren’t really expecting much in terms of snow because of how little there was all season, so we were actually pleasantly surprised by the conditions. I felt a lot more confident on skis this year even though it’s only my second season. We did put Molly on teeny tiny skis for approximately 5 minutes before she had an epic meltdown. Mostly it was just because it took so long to get the skis from the rental shop and then walk the long trek up to the bunny slope that she was just done and ready for a nap. But we did get that obligatory “first time on skis” photo op, and that’s all I really wanted. Next year will be better. 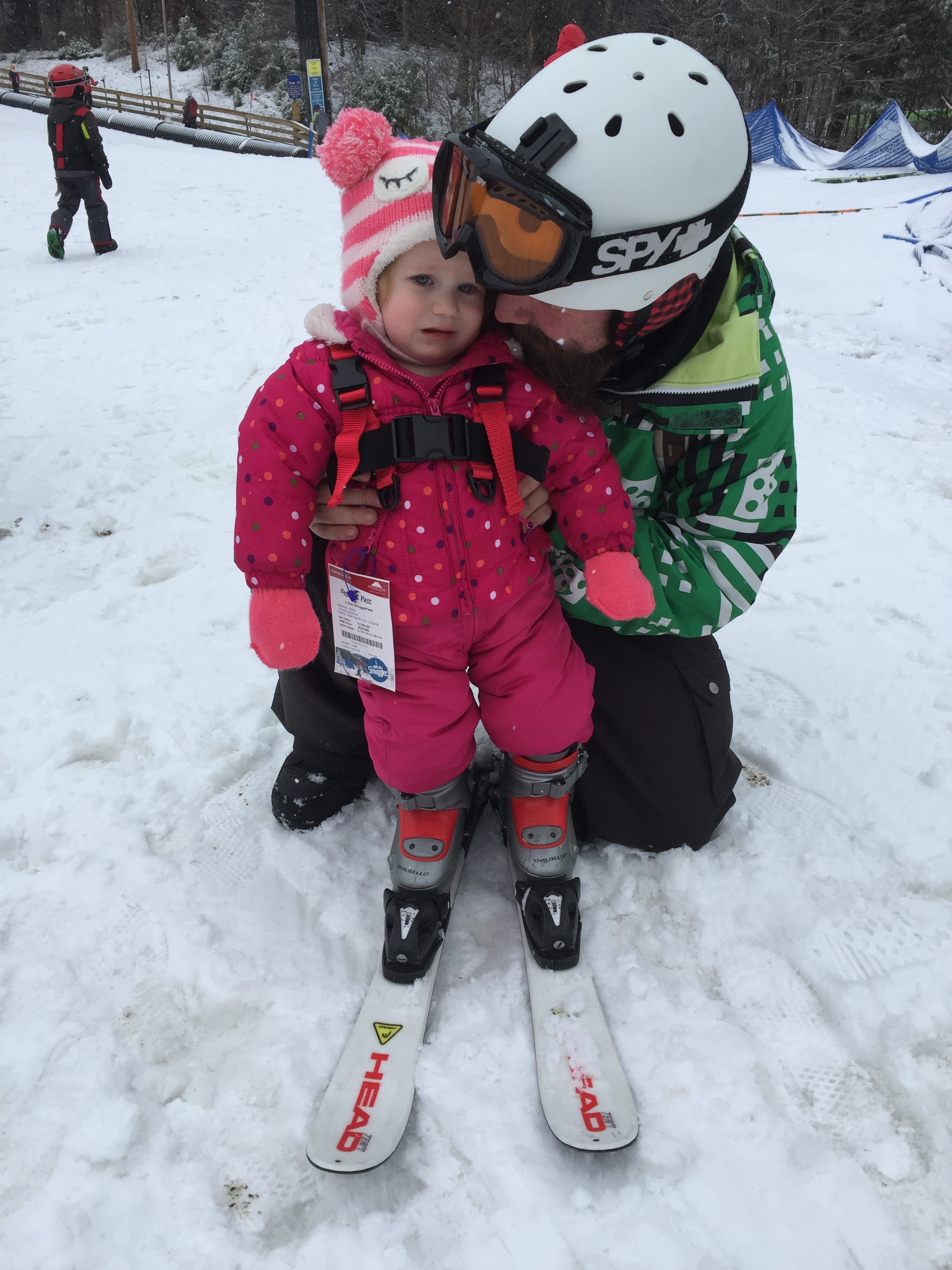 not loving it, but a good sport!

Two days after we got home from vacation, Eric started having intense stomach pain to the point that I had to run him over to the ER because we thought it was appendicitis. Long story short, a week of continued pain, multiple doctor’s visits, and numerous tests that delivered no answers led to a (tentative) diagnosis of stomach ulcers. He’ll need to be put to sleep and have an endoscopy to get the official confirmation, but so far the ulcer-fighting meds are the only ones that have provided real relief. Mystery solved (we hope).

Meanwhile, last Sunday night my mother’s intuition kicked into high gear around 3am. Molly will occasionally wake up in the middle of the night and let out a whine or whimper, then fall back to sleep, but for some reason my mama instincts instantly knew this cry was different. I went into her room immediately, where she sat up and proceeded to vomit all over herself. It was lovely. Just then, I noticed that I was feeling a little queasy myself, and in a few hours I joined her on the wonderful journey otherwise known as the “12 hour stomach bug from hell.” To her credit, she took the whole thing like a champ, and was dancing, singing, and begging me for food in between bouts of puking. Me… no. I was curled up on the couch with aching joints and clammy hands, wishing I could just die and get it over with. Thankfully, it was ferocious yet quick, and we were both fully recovered as of Tuesday morning. Isn’t it amazing how getting sick really makes you appreciate feeling well?

Unlike my crazy daughter, I wanted nothing to do with food or water all day Monday, which absolutely devastated my milk supply. Yep, in just 24 hours I went from reliable milk producer to Sahara desert. So frustrating! Tuesday night I had so little milk I actually had to give Liam a bottle (of frozen breastmilk, but still, from a bottle, which felt awkward). He cried (while I was still trying to offer him my sad empty boobies). I cried (when I realized how sad and empty they actually were).

So on Tuesday morning my stomach felt flatter than it has in ages, but when I went to pump, literally nothing came out. Feeling good went to feeling bad, and I quickly had to figure out which made me feel worse – being fat, or switching to formula this early. As much as it pains me to say it, for this moment, staying fat wins. I felt absolutely terrible not being able to nurse my son and my frozen supply is depleting by the day. So I’ve been loading up on fenugreek, having a beer with dinner, and adding oatmeal and banana snacks into my day. I wish I could just have both (weight loss + tons o’milk) but for right now that’s clearly not happening. This little stomach bug thing proved that definitively.

The other night I was lying in bed, stressing out over feeding him, and then all of the sudden I remembered to be grateful.

Grateful that I was able to nurse without any major challenges for a solid four and a half months.
Grateful that I have a freezer stocked with backup breastmilk (dwindling, but still there) precisely for this kind of situation.
Grateful that I also have a half full container of formula left over from when Molly still had bottles, and that it’s not expired because my kids are THAT close in age.
Grateful that even if I had none of these things, I have the means to go buy more formula.
Grateful that even if I was dead broke, there are plenty of wonderful, caring people in my life who would gladly drop everything and go buy the formula for me.

I guess it just got me thinking about how much I take for granted. Because there are so many people – in third world countries, but also here – who don’t have any of those things. And who worry that they won’t be able to feed their babies AT ALL. That just makes me so, so sad.

Anyway, sorry to get depressing, I just think about things like that all the time when I notice myself getting overly dramatic. My methods have been working so far to increase my milk supply little by little. But even if it never goes back to what it was, that’s OK too.

What else? I read an article about Hamilton (late to the party, as usual) and have started listening to the soundtrack during my commutes. Um… wow. SO GOOD. I may have even teared up at some parts. Of course it just makes me want to see the show even more, but I’ll just have to wait until it’s available to the masses. Shelling out $800+ for a resale ticket is simply not happening this century.

OK, I guess that’s it. In lieu of those elusive Easter pics you get crappy iPhone photos that most of you have already seen on Insta. YOU’RE WELCOME. 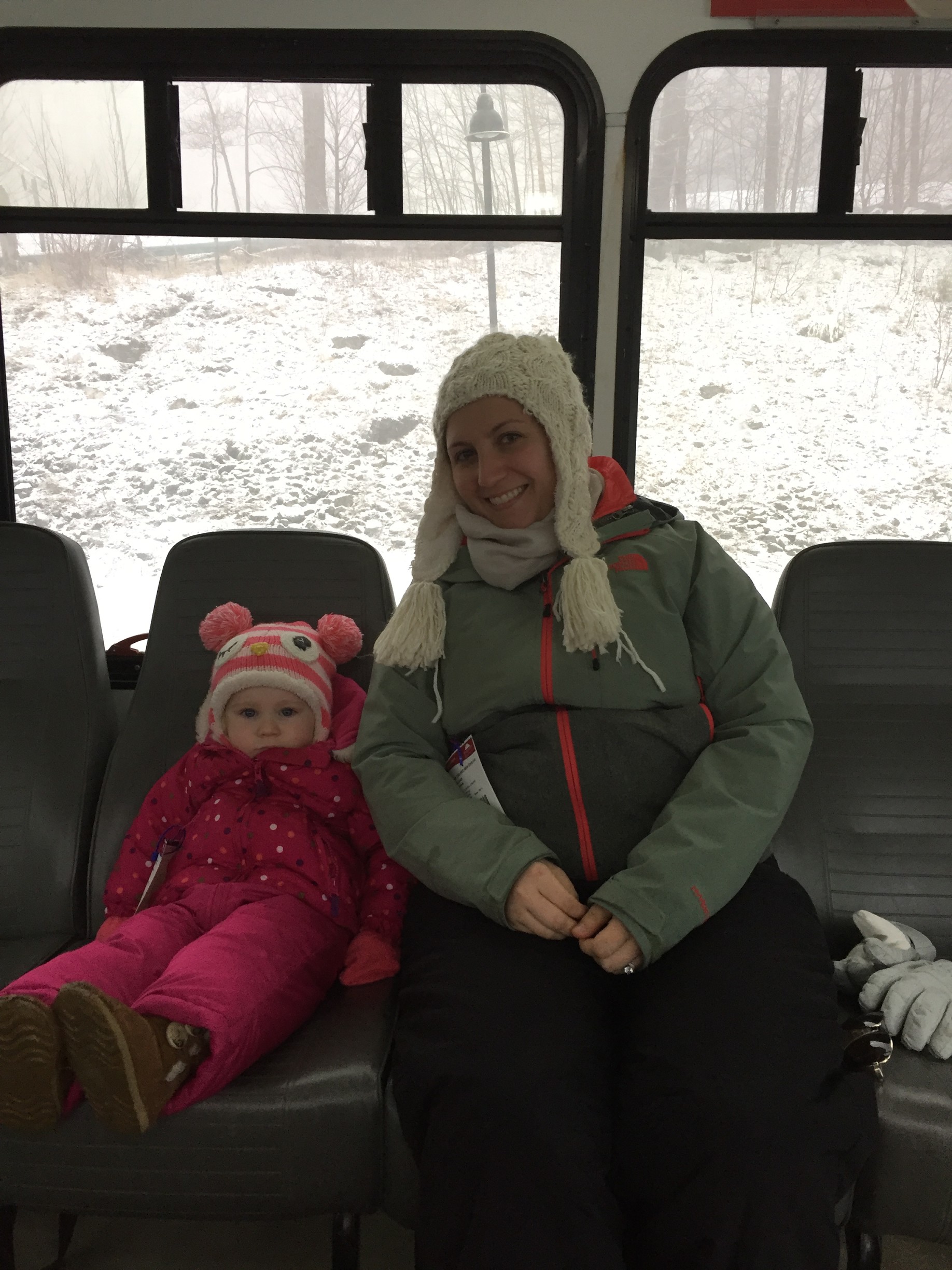 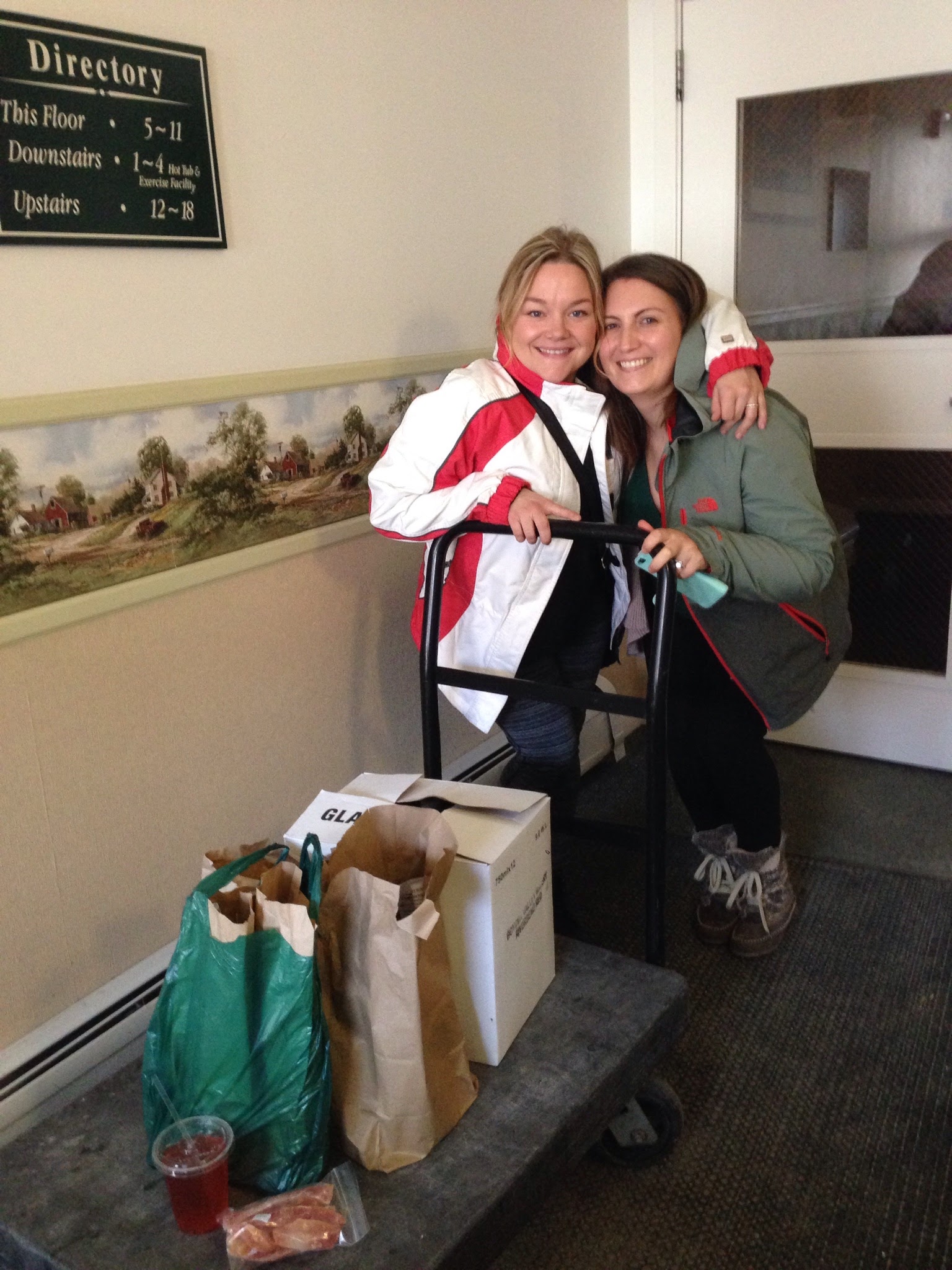 Mommy’s favorite part of the ski trip: a trolley full of wine 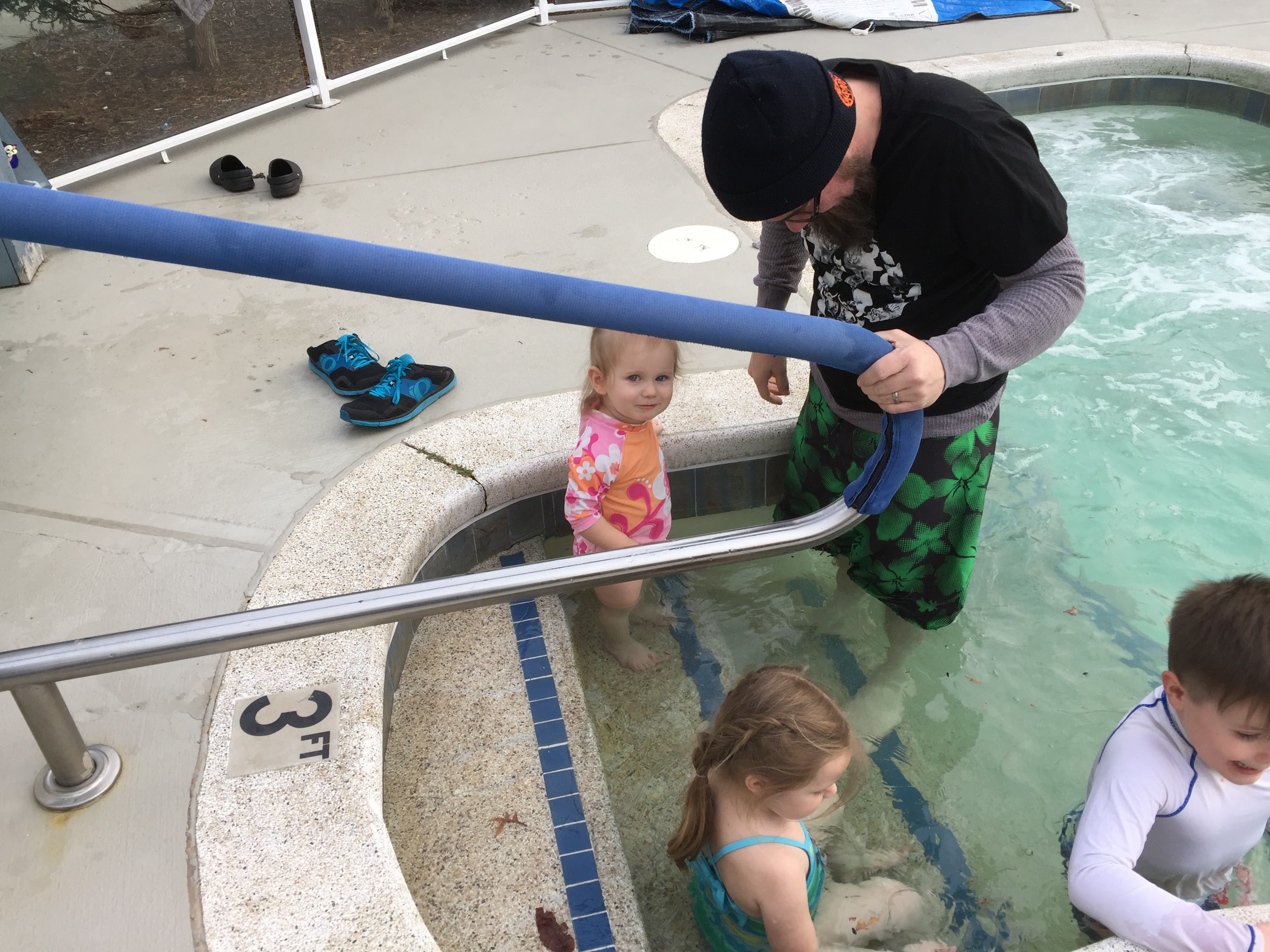 she was also a big fan of the outdoor hot tub 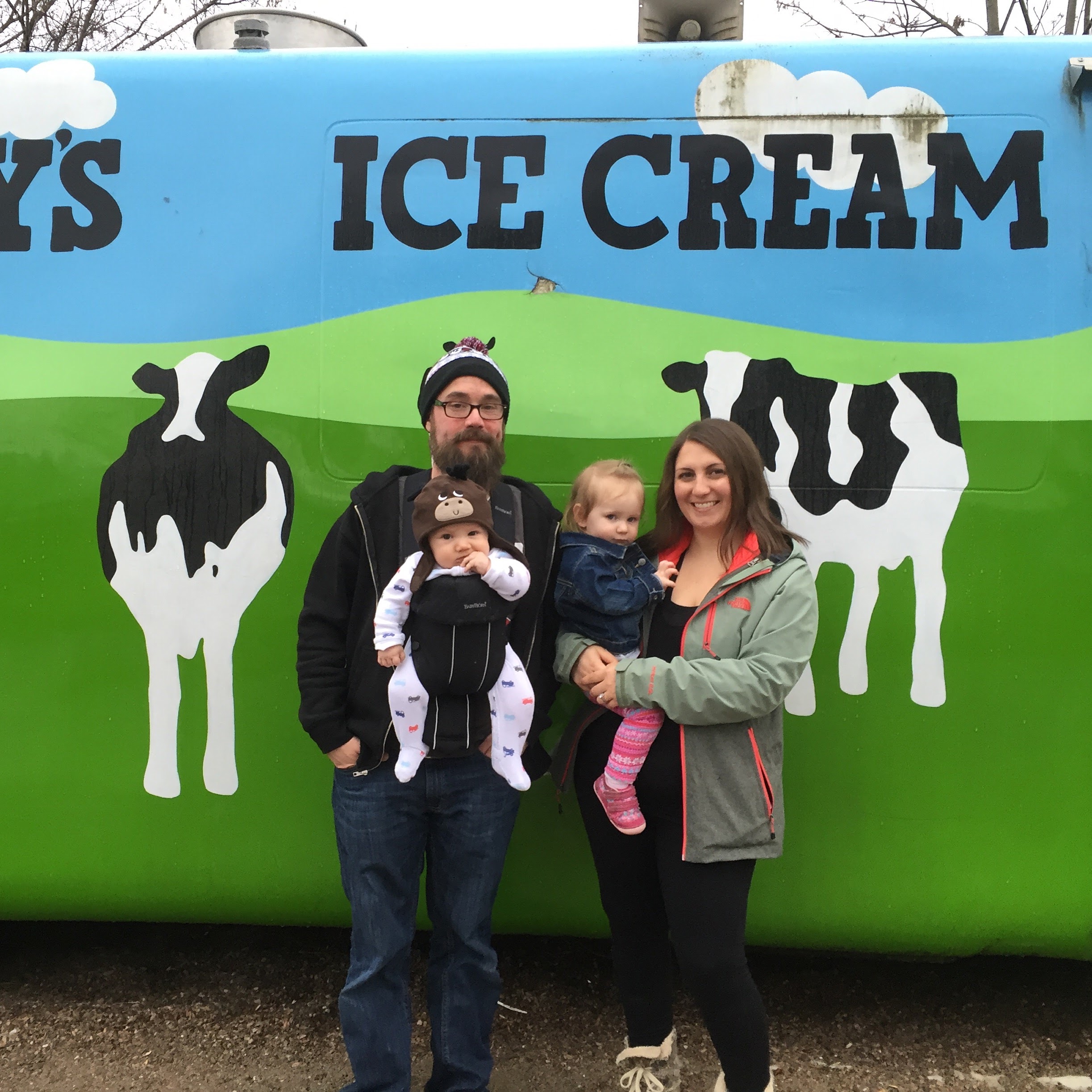 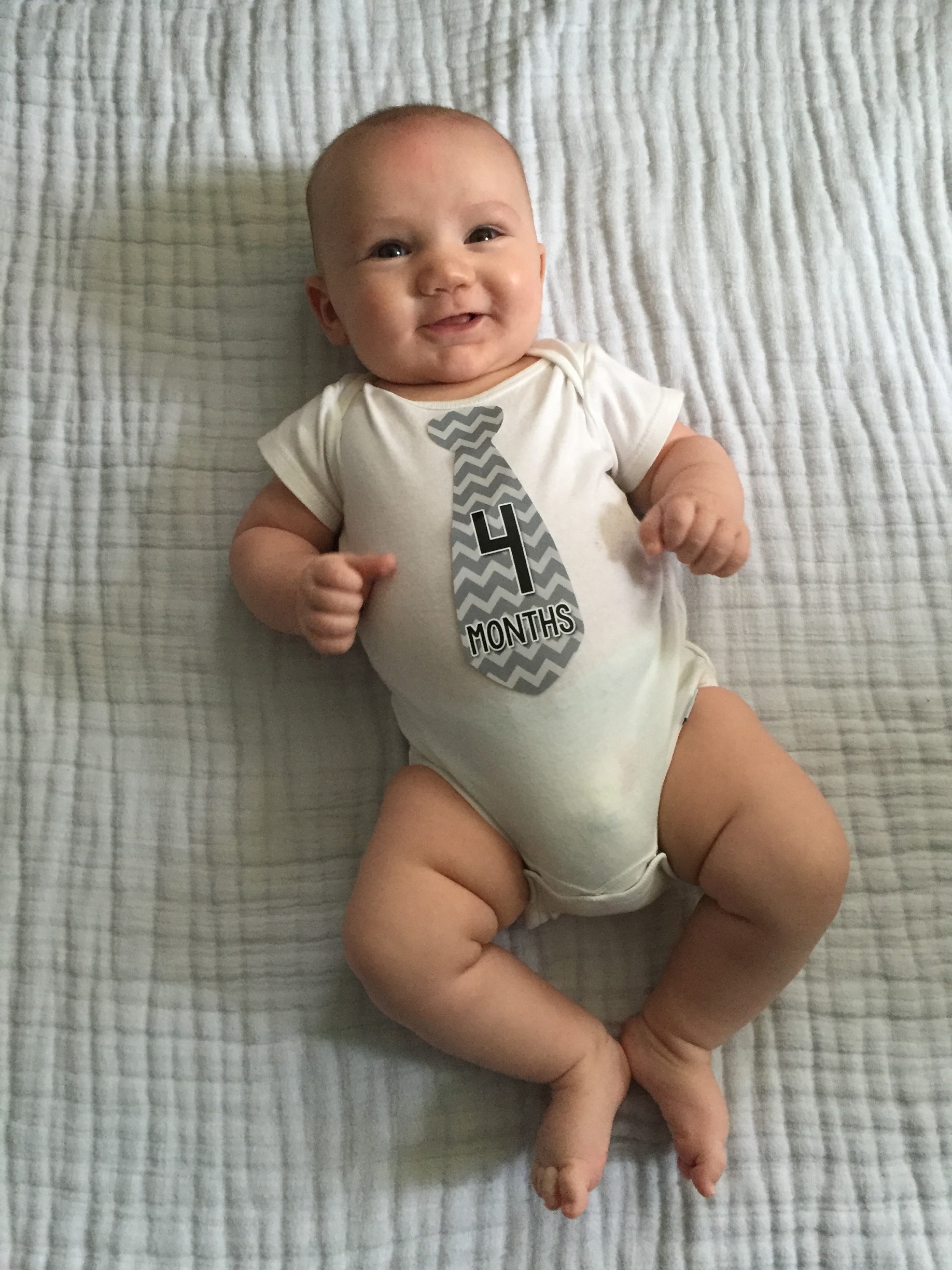 my baby is 4 months old! 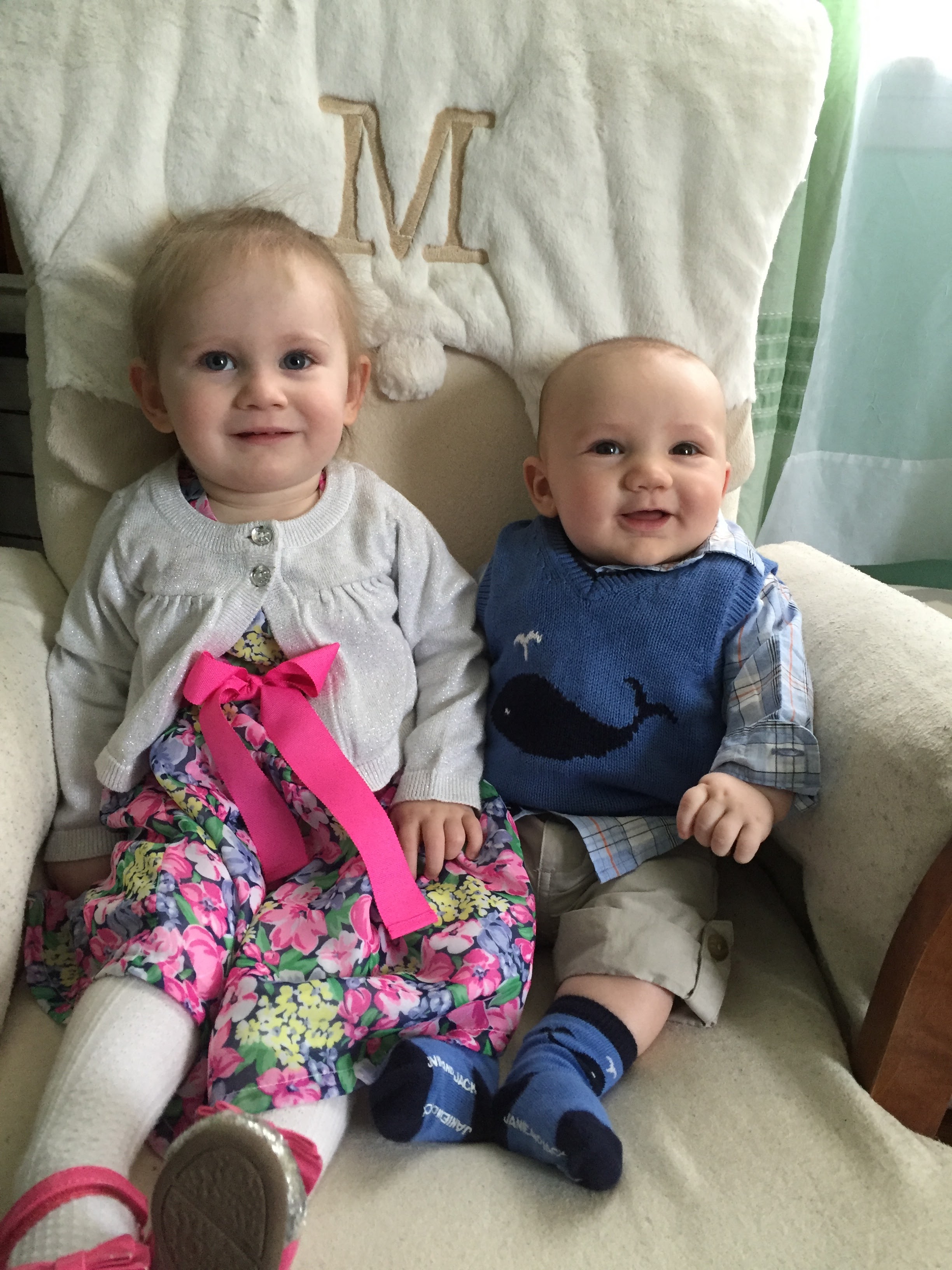 not the real Easter photo 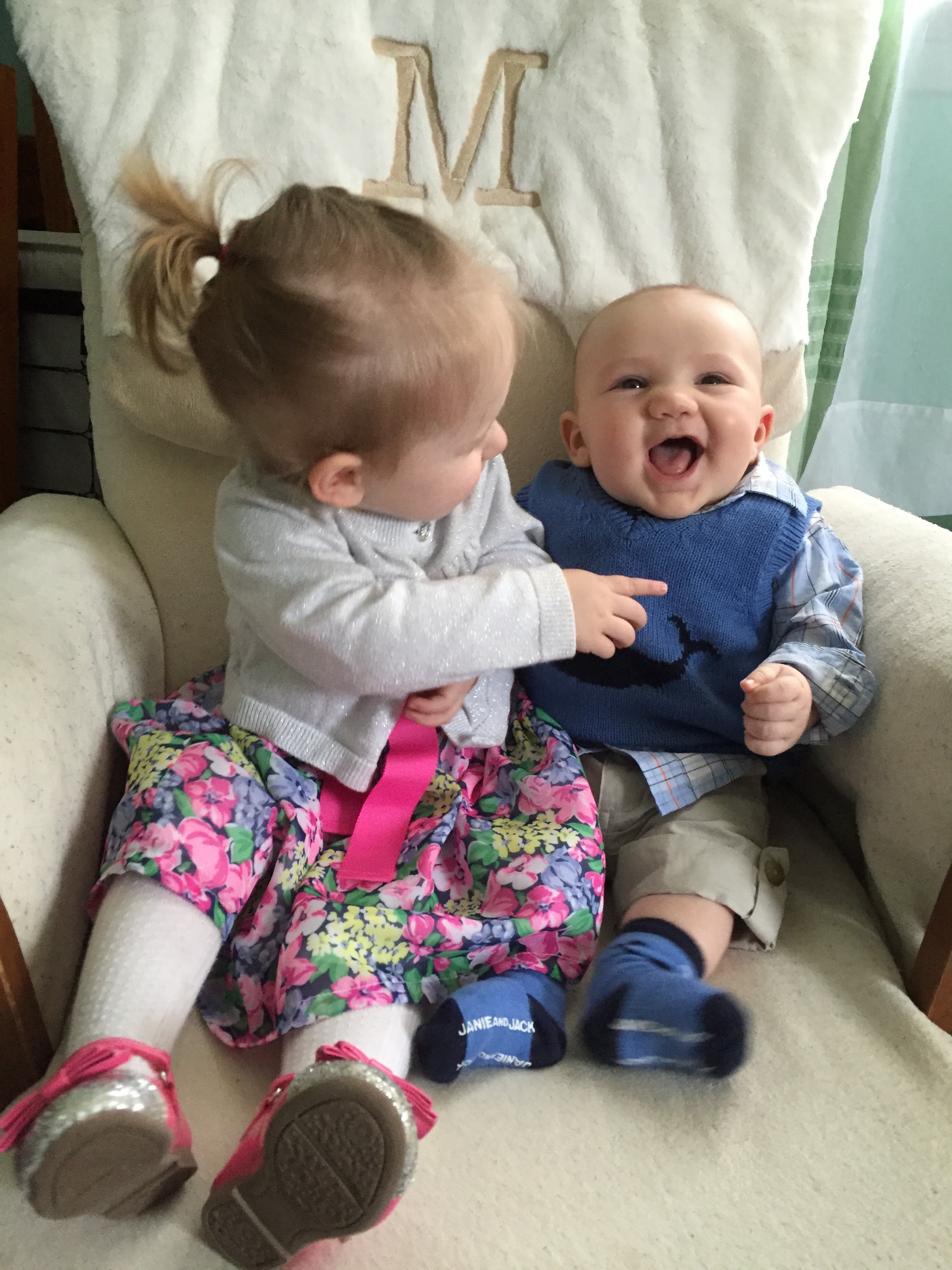 they just love each other 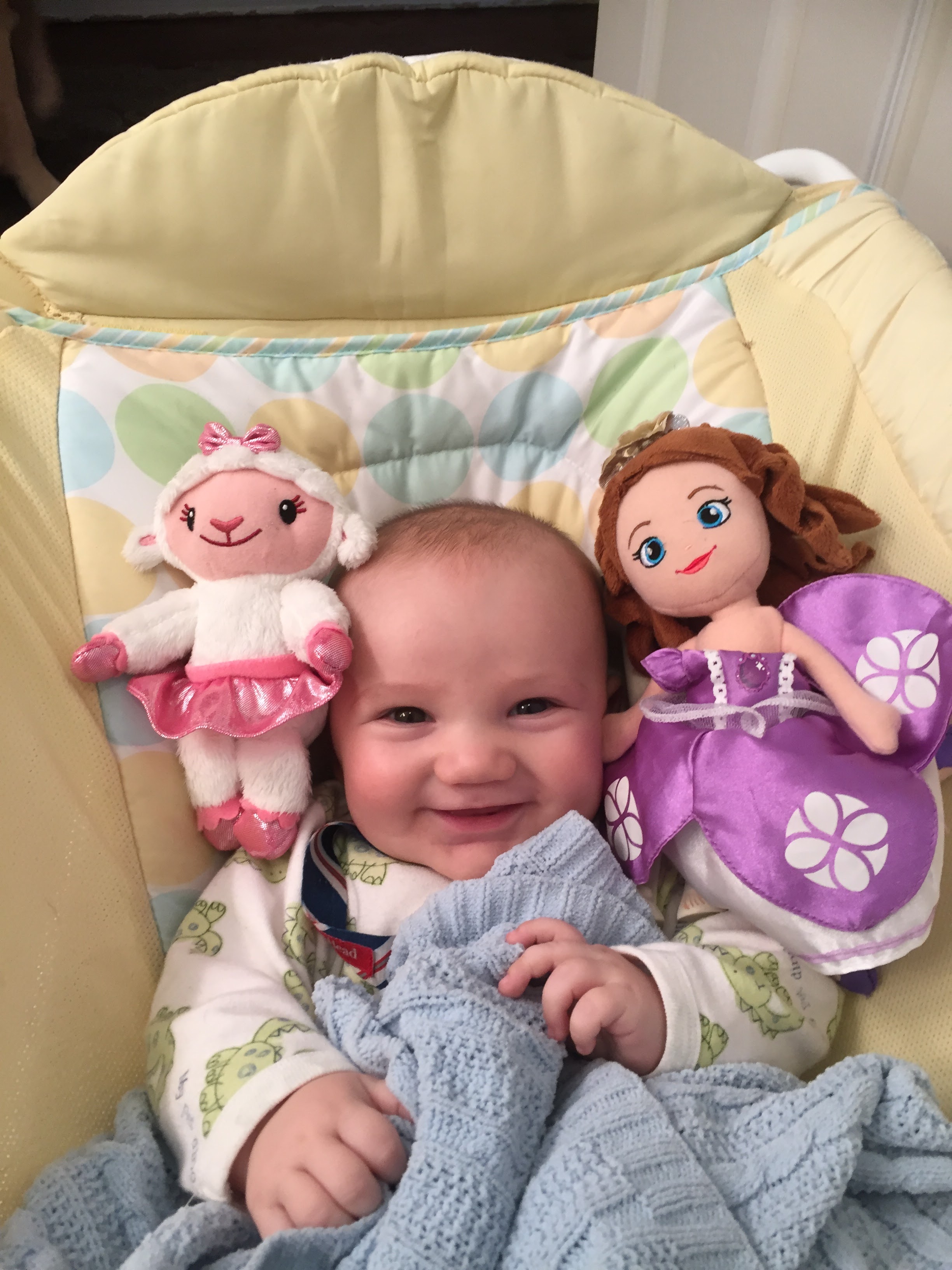 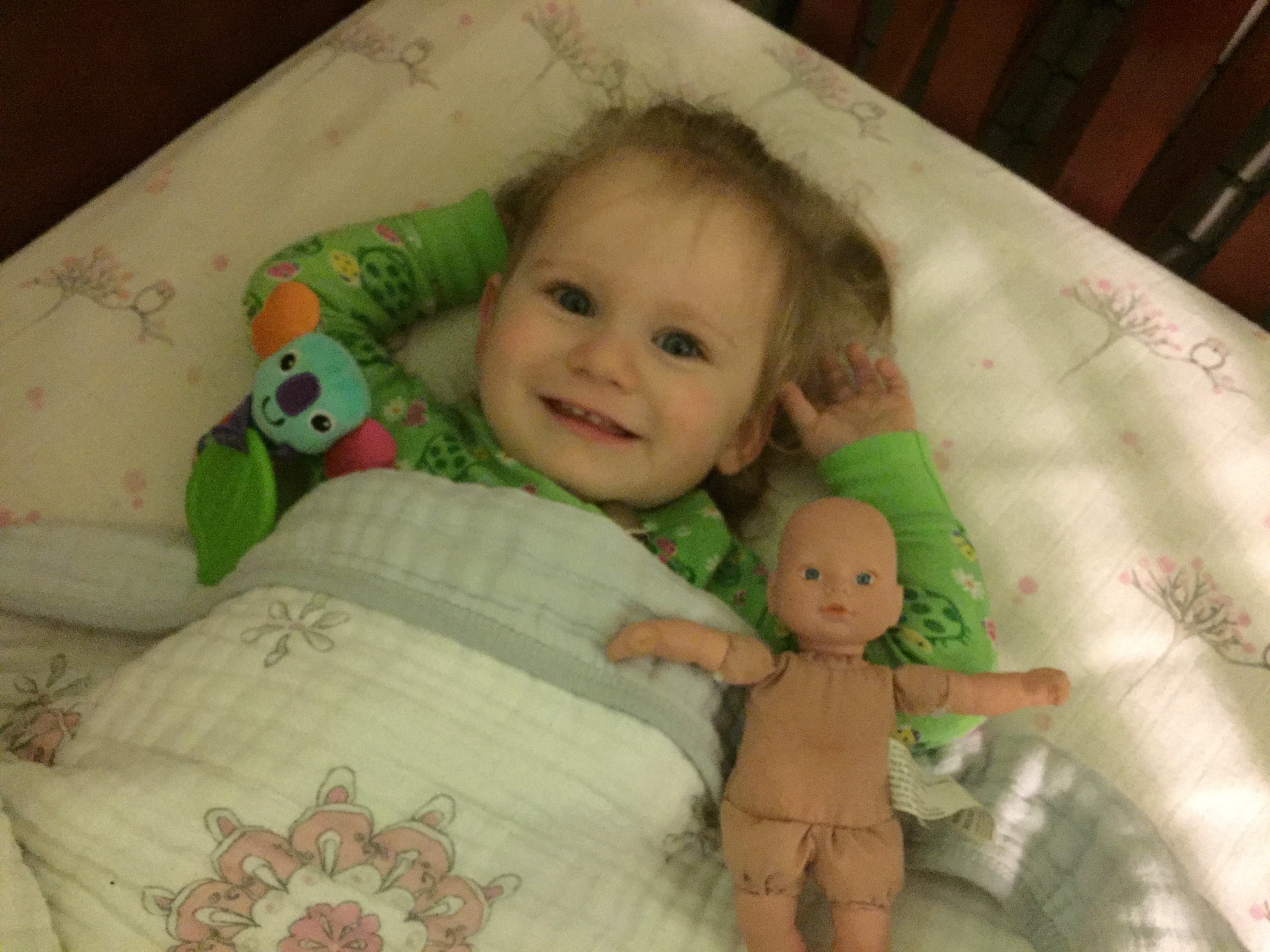 sleeping buddies, walkaround and two one