Good day to you all!

It’s been pretty quiet on the blog front these days, has anyone else noticed that? I’ve had a bit of insomnia lately and have nothing to read as I’m lying there wide awake at 2am, which forces me to go deeper into the bowels of Pinterest than I ever wanted to go (some of the things people pin are just ridiculous). Come on, ladies, I need some late night entertainment!

Today my baby girl is 9 months old. I’m feeling so wistful and nostalgic lately it’s ridiculous. Physically, she looks a lot like she did last month – and even the month before – but that’s what happens when you see a person every day, you don’t notice the small changes that are happening right before your eyes. When I look through photos I see that she’s bigger. Her face looks more mature. She’s certainly reaching milestones left and right, and this mama could not possibly be more proud. Here’s what’s going on with Molly these days:

-She is a pro at self-feeding, and is so proud of herself when she does it
-She. loves. to. eat. Oh my goodness, the girl could eat a house, I swear! If we’re in the kitchen and I start preparing any kind of food, she starts making desperate moaning sounds as though she’s never seen food before in her life. I usually have to appease her with a pre-breakfast, lunch, or dinner snack to tide her over those 10 minutes until her actual meal is ready.
-She’s been doing this for a while now, but I just started noticing it because my sister pointed it out. She always puts her palm to her face to calm herself down if she’s cranky, hungry, tired, frustrated, or whatever. She also loves when Eric or I touch her face.
-She can scoot around the room on her butt with proficiency. She can also get up on all fours but has not actually begun crawling yet.
-She’s back to sleeping in her crib at night! Woo hoo! All it took was a little bit of lullaby music and a Twilight Turtle nightlight.
-Every night she goes to bed around 7:30. About two hours after, she wakes up – not hungry, just lonely. So I sit in her dark room and rock her for about 10 minutes and then she stays asleep until her next bottle at 2am. I love this time with her. The darkness in her room with the soothing lullabies in the background… her sleepy little self right up against me… usually she puts her hand on my chest. This is a little embarrassing, but more than once I’ve just sat there rocking and crying because I love her so much. (I think the music is partially to blame, it’s usually when a sad ode from a parent to a child comes on). 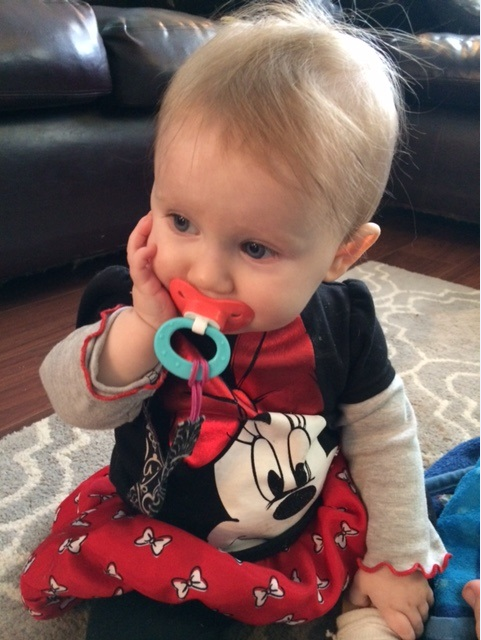 apparently this is comforting

The biggest change this month is that my milk has completely dried up and we are now on formula 100% of the time. This is part of what makes me wistful. It happened very quickly and unexpectedly and I must say, I really miss nursing. I miss the bonding. It broke my heart that she was so confused the first time I gave her a bottle (she’s used to getting one, but not from me). She adjusted right away and of course she’s fine but it’s still weird to not be nursing. I had every intention of at least making it to 12 months but apparently the universe had other plans.

Speaking of which… not today, but next week… you’ll want to stay tuned to this blog. Tuesday-ish. If there’s one post you should read all year, it will be the post on Tuesday. Sorry that I cannot say more at this time. 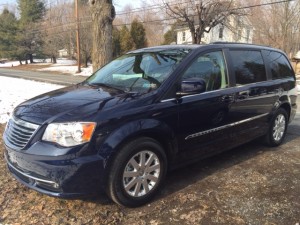 What else? Ah yes, this weekend we went and bought a mini van. No… seriously. People may question this purchase, but honestly I was never thrilled with my Sportage and it was not hard to let it go. We always borrow other family member’s vans for camping, vacation, etc… it just makes sense to have, with two dogs and a baby and tons of stuff. As vans go, it’s pretty nice with the backup camera and built-in DVD players with wireless headsets and all that jazz. So that’s that. I’m a van mom.

Up next this weekend is my big trip to Boston. I’ve already been busy drafting lists upon list for Eric on the Care and Feeding of Molly Harding. It’s funny because he is a very involved father and I would say he know 75% of her schedule and demands. But then there’s that other 25% I worry about…

Hope everyone is having a fantastic Monday. I’ll leave you with some photos from this morning. 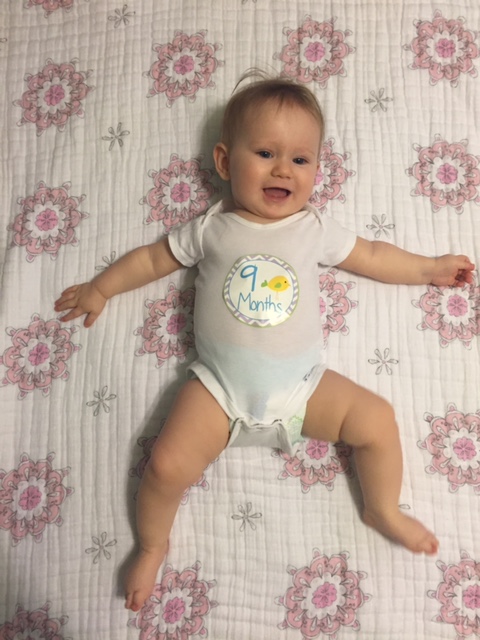 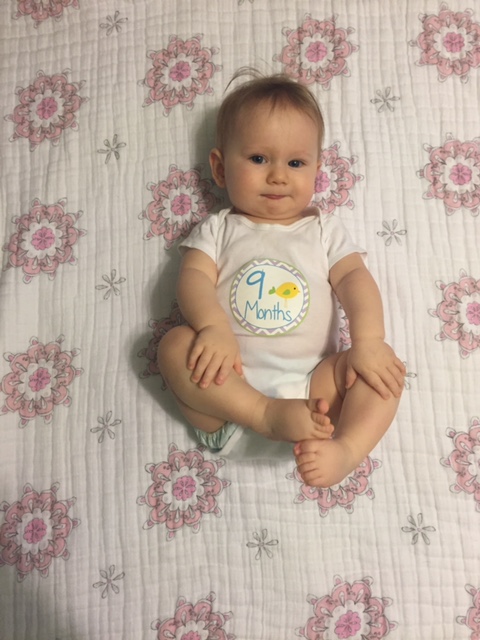 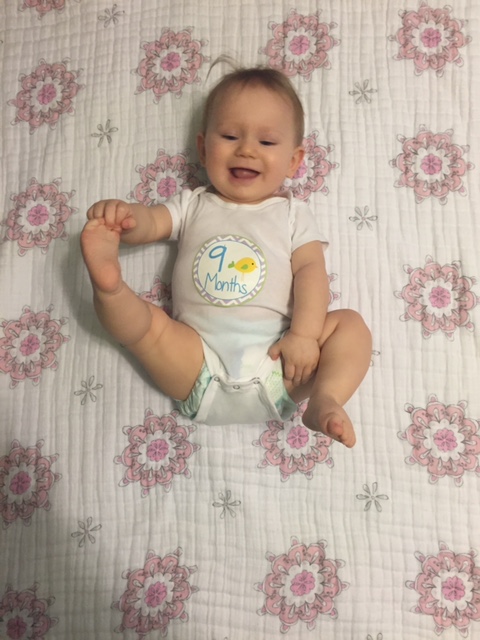