I definitely meant to start making structured, organized month-by-month posts, but I failed. I feel like at this stage of the game it’s too late to start. I have been pretty good about at least posting something when she reaches a milestone, so there’s that. 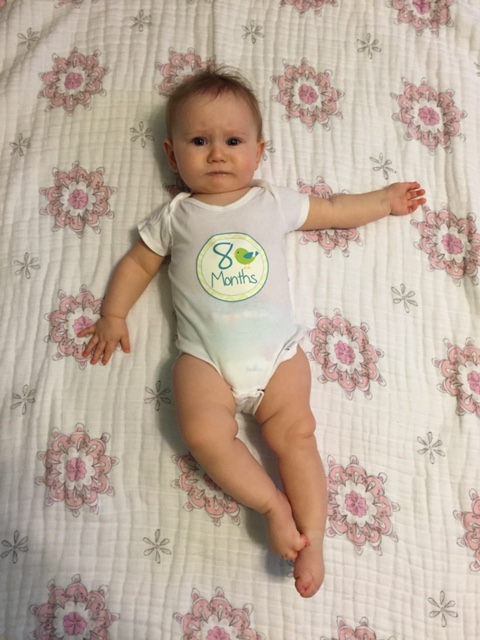 But then Daddy came in to make silly faces, so she cheered up! 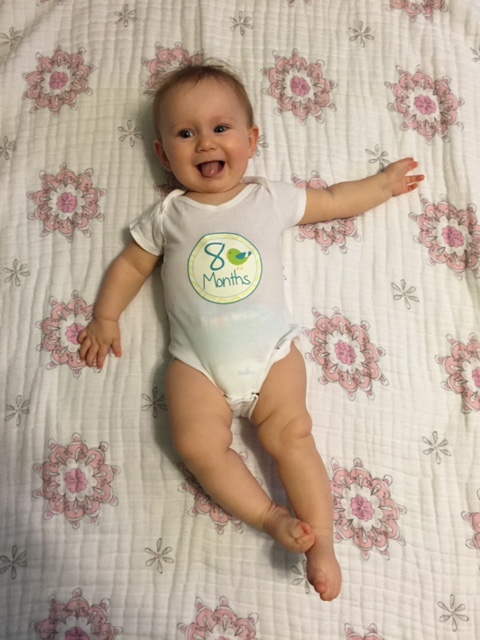 Not too many developmental achievements happened over the past 30 days. She is still scooting backwards, not crawling. One change is that she’s started babbling a lot more – lots of da, da, da, with a little wa, ba, ba thrown in. I don’t think she’s addressing Eric per se, but that never stops him from answering her “Da! Da! Daaaaaa!” several times an hour with a “What? What? Whaaaaat?” 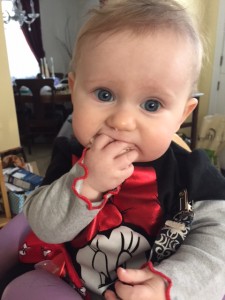 At least she’s a pro with (organic, gluten-free) cookies

Let’s see… the kid seems to have a sweet tooth. I’m still spoon feeding her baby food (I know, tres passe), and her favorite one is a sickeningly sweet combo of pears and guava. I started introducing non-mushy food cut into baby-sized pieces, but I think I’ve ruined any potential for BLW success by starting out with traditional baby food. She thinks it’s fun to pick up the banana pieces and place them gently into her lap – doesn’t seem to understand the whole hand to mouth concept. Despite these setbacks, we shall persevere.

I’m genuinely sick of breastfeeding. Well, let me revise – I love breastfeeding, and have even occasionally gone sans-cover up in public. At this point, I just don’t care who sees. I think the entire Lehigh Valley has seen my breasts at one time or another. What I’m sick of is pumping. I was really close to calling it and just letting her have formula during the day when out of the blue, my sister said, “You know, I barely have to give her any formula bottles at all… you always give us plenty of breastmilk.” So… drats. Looks like me and Mr. Pump will keep having our twice daily dates after all.

Lately my absolute favorite thing has been my weekly grocery shopping trips with Molly. She gets a lot of attention no matter where we go – especially when she’s wearing her super cute pink hat – but for some reason, whenever we go to Wegmans I have multiple people stop me to say that she is, “literally, the cutest baby on Earth.” Random people. People with kids of their own, even! Last week a woman stopped me to say it, and said that her 8-year-old son was the one who spotted Molly, and said, “Look, mom, the cutest baby in the world is right over there in that cart.”

Yeah… I died a little.

So besides the fact that Molly is a mini-celebrity at Wegmans, I just love the atmosphere of being there. Wegmans is a great grocery store no matter how you slice it (and I’ve blogged about this before). I walk the aisles, sipping my coffee, picking out organic, beautiful meats and produce, while Molly sits there with her cart cover and her darling hat, swinging her legs, overjoyed at all the things to see and hear. We usually enjoy a leisurely 2 hour shopping trip together. Truly, it’s the highlight of my week. 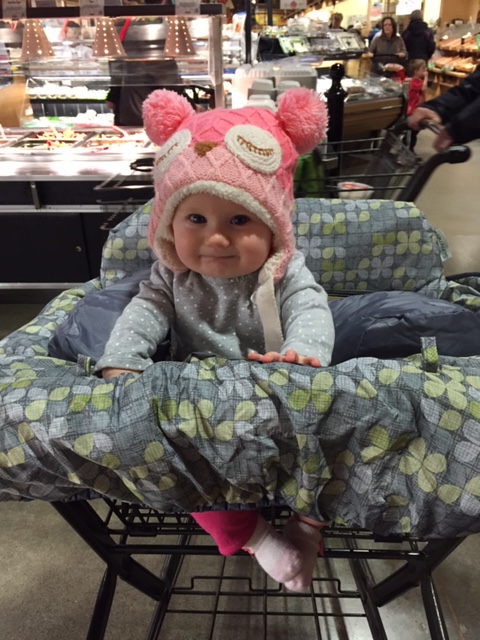 I know I’ve posted this before… but I just can’t stand the cuteness!

I’m not sure if many of you read my post about Mom Meet Mom, but it’s funny – not long after I posted, the founder of the site contacted me about potentially doing a PR push with my local news channels and newspapers to get the word out in my area. To which I said, of course! After what went down earlier this month (which I PROMISE I’ll be able to talk about very soon), I feel camera-ready. Or at least, more comfortable than I was before.

Coming up in March we have our annual family ski trip to Vermont, which is exciting but also a little scary (since I’ve never been on skis before). Then at the end of March I’m doing my girls weekend in Boston, without my baby, which is also exciting… but a little scary.

Other than that, not much to report. I’m just freezing my little tush off here in PA, with temps in the negatives and dreams of relentless summer heat. I’ve been feeling stir crazy lately – which is partially the reason for 2 hour+ grocery shopping runs – it’s finally at that point in winter where enough feels like enough. And based on Facebook posts from friends and overhearing random conversations, I’m not the only one who feels this way.

Speaking of summer – I’ve reached a bit of a milestone. I’m exactly 50 lbs down from where I was the day Molly was born. That means I’m within 10 lbs of my pre-pregnancy weight, but still about 25-30 away from my goal weight. Still – kind of crazy! Crazy that I lost FIFTY WHOLE POUNDS and still have so far to go, haha. I’ve been keeping up with going to the gym, and feel a swell of pride whenever someone there addresses me by name. I go enough that they know me there. That’s an accomplishment, for me at least.

Ok, that’s all for now. Happy Tuesday, everyone! 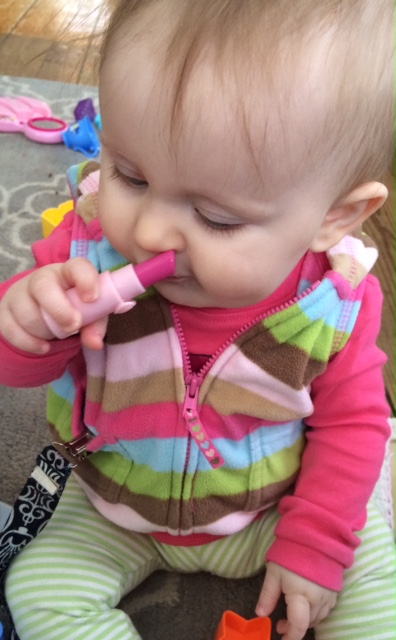 It’s never too early to put on some lipstick 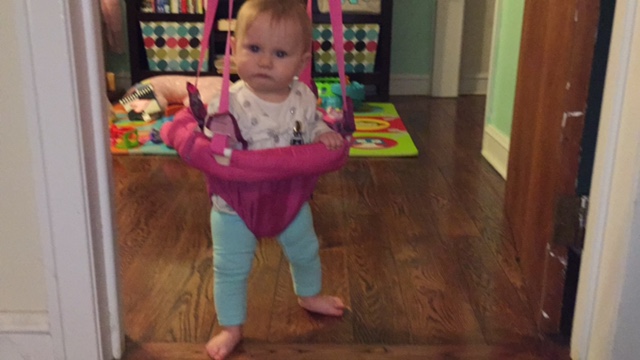